Let’s start with the problem that plagues many live podcasting events. A problem, I think, we can blame on Bob Ross.

Bob Ross, if you are unaware, is a guy who painted on television. He’d start with a blank canvas and for 30-minutes would gently narrate the process of painting, presenting masterpiece (hey, it’s better than what I could do) at the end of the live broadcast.

I’m convinced that most podcasters are picturing Bob Ross in their head as they plan out their own live podcasting event. But no one wants that.

First, you’re not Bob Ross. And second, the final painting isn’t what was interesting about The Joy of Painting. It was the process of painting.

If the process of making an episode of your podcast is more fascinating than the actual produced episode… well then.

With rare exceptions, few fans of your podcast want to watch you talk into a microphone. For most people, it’s what comes out of that process that they care about. Sure, some behind-the-scenes stuff might be interesting, but not for an hour. Or two. Heck, not even a few minutes.

But what about all those people who travel to NYC to watch a taping of a live television broadcast? The Daily Show, Saturday Night Live, Good Morning America… people line up to see those events, and those events are very much the sausage being made, right?

Here’s the difference: In those situations, people are watching the taping of a program designed to be consumed live or as if it were live. People who watch at home have almost the exact same experience as someone who's watching live. Sure, the live audience gets to see the set breakdowns and such during the commercial breaks, but beyond that, it’s largely the same experience from the audience perspective.

But what about the rest of TV that’s not designed for a live audience? Take The Good Place as an example. Would you like to watch The Good Place being filmed? I'm sure many people have just mentally raised their hands. But in reality, that wouldn’t be all that fun. Shows like The Good Place aren’t shot live or in a linear fashion. It takes days (perhaps weeks) to assemble an episode, with lots of different shots and retakes and location changes… Most people would find that interesting for about seven seconds.

The same holds true for live events put on by podcasters. Most people don't want to watch a podcast episode being recorded. Instead, they want to watch an event. So give them an event worthy of watching!

Recently, I attended a live local podcast event put on by Kanu, the host of Real Love Real Stories. When I walked into the event, I was pleasantly surprised to see there was no table set up with a row of microphones. Nor did the event start with her bed music and then her rattling off her show intro. Because she wasn’t recording an episode of her podcast that night. She was putting on an event that featured the stories of people who’d previously been on her podcast. Prior to the event, she worked with each of them to craft their own well-told stories of love.  That’s what we got, with Kanu playing the role of emcee rather than podcast host. And it was wonderful!

I’ve just returned from SiglerFest 2K19. Long-time podcaster (and close friend) Scott Sigler puts on an event in Las Vegas every year. More than a hundred people fly into Vegas and get hotel rooms so they can watch 2+ days of programming by Scott and his partner A. Yes, some podcast content is recorded during the event, but that’s not the point of the event. The event is the point of the event. Not the live taping.

Later on this month, BSP: Believer Skeptic Podcast is doing another live event right here in Phoenix, and I'm hopeful they do the exact same thing. In a few months, Helen Zaltzman will be here with a live event for her podcast, The Allusionist. Prior to that, I’m really considering driving over to L.A. to watch the Skeptical Extravaganza by Skeptics Guide To The Universe and George Hrab.

It’s critical to understand that these events work because they are something more than just a live taping of a podcast. That's boring. That's really boring, and I apologize for all the times I’ve done that in the past. No wonder so few people (if any) ever showed up.

The best way to put on a live event for your podcast is to capitalize on what you’ve built with the podcast and then build out an amazing event around that. Yes, the live event needs to appeal to your listener base. But it also needs to appeal to people who have no idea what your podcast is about. When we attended the Real Love Real Stories event, there were plenty of people in the audience who not only weren’t listeners to Kanu’s podcast, but they had no idea they were even in a live podcasting event! To them -- and to everyone else -- it was just a great storytelling event.

So all of this week, I'll be talking about things you can do with your podcast that are not podcasts or just the lazy repurposing of your content or your processes. Instead, these ideas will be of value to your current listeners and might actually bring in new people.

Have you put on or attended a great live podcasting event? Tell me about it in the comments here. Or you can go to Flick.group/podcastpontifications and start the conversation over there.

If you wish to keep the show going (because you notice we don't want ads in this program) go to BuyMeACoffee.com/evoterra and sign up to buy me a coffee, either once or every month.

And if you are in business and you need people on your side who can help you think through your strategic podcasting challenges, that's what we do at Simpler Media Productions. Please get in touch: evo@podcastlaunch.pro. 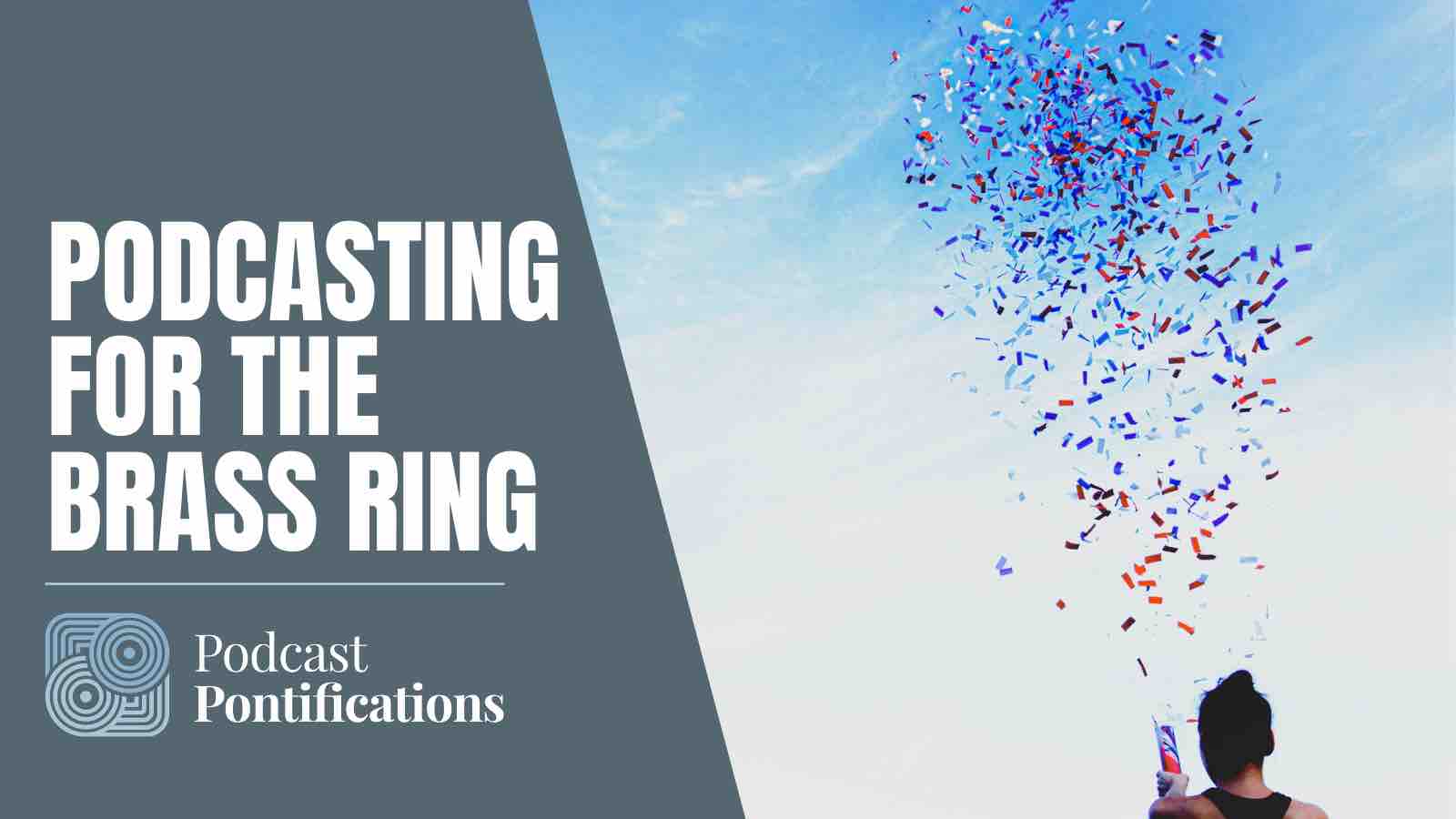 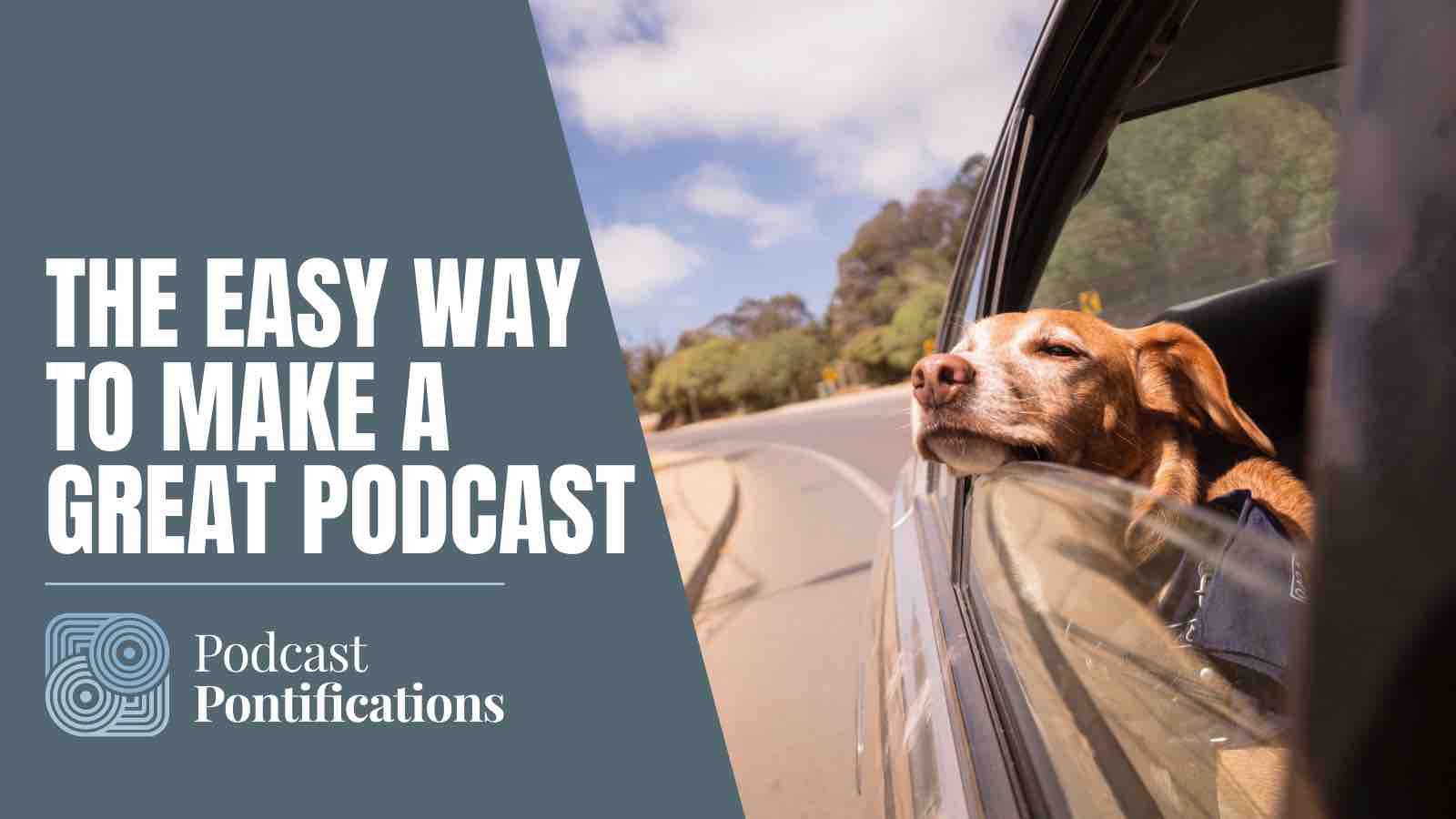 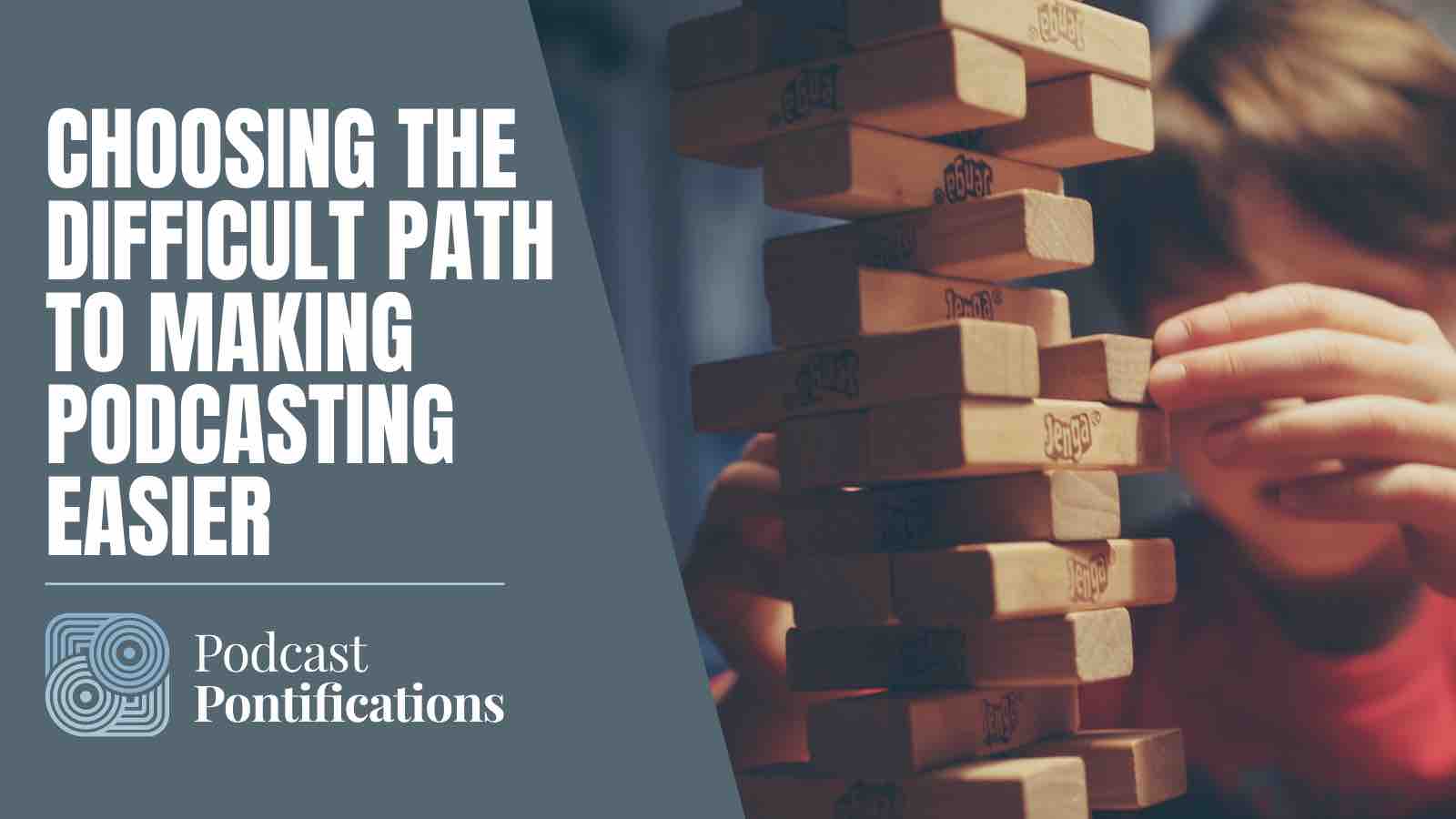 Easy peasy lemon squeezy does not make for a compelling podcast. At least not for your listeners. If you want to be a more proficient podcaster, you can’t ignore the hard parts of podcasting.