Apparently, large tech companies and podcasting have a common foe: A "just launch it!" mentality, that has little (if any) repercussions when that which is released just isn't any good.

Because Sturgeon's Law applies to all things, this isn't a new problem. And I'm not concerned that wave of bad content hinders greater adoption of podcasting.

Instead, this episode is more about me, and the people like in the industry who have either assumed or have been elevated to influential positions.

Do we have an obligation to do something about it? And if so, how can we do it without being a dick? 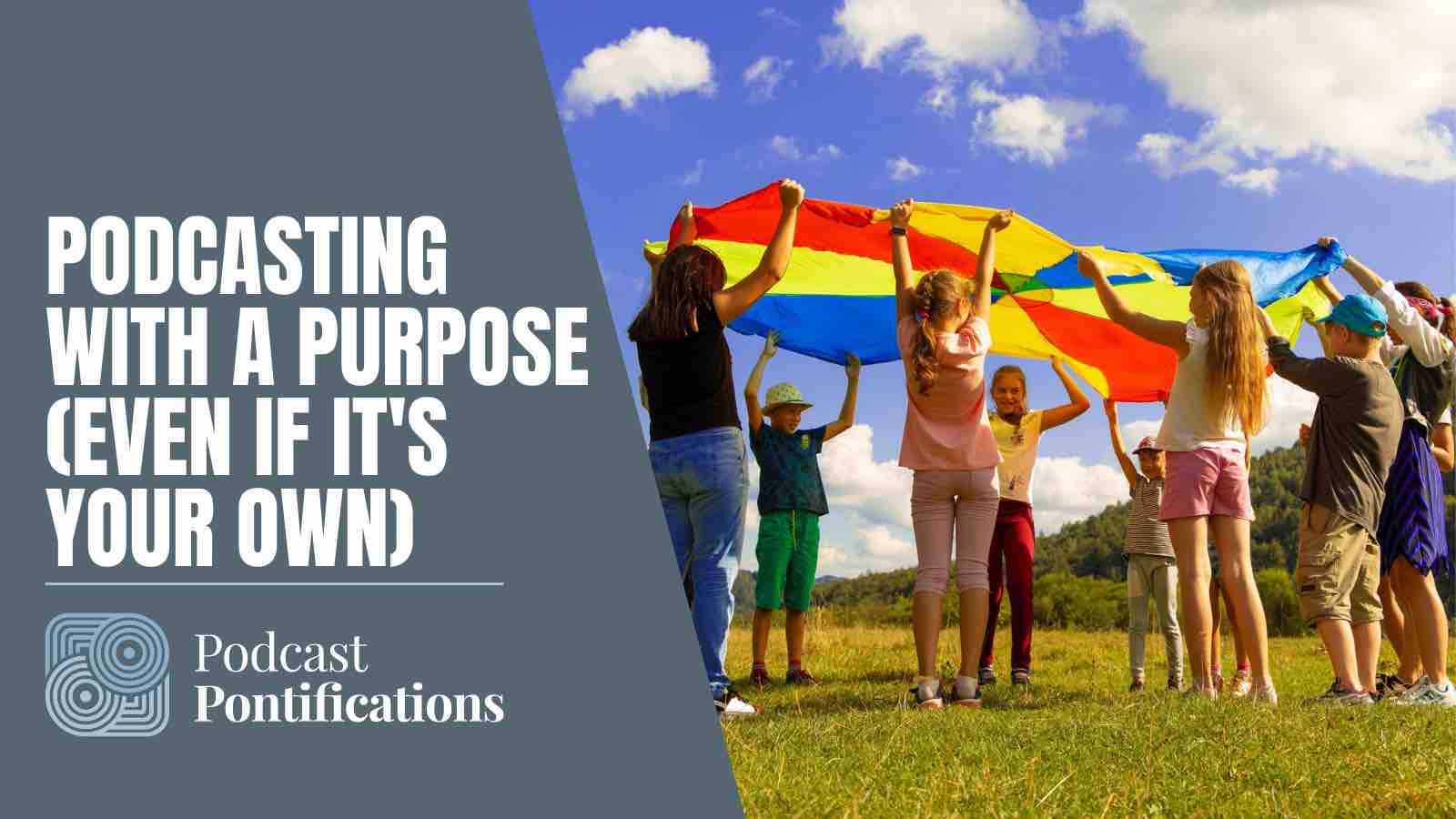 Podcasting With A Purpose (Even If It's Your Own)

Why do you podcast? Yes, plenty of selfish reasons are important if only to keep you podcasting. But does it go deeper than that? I asked the community and was blown away by the responses I received. 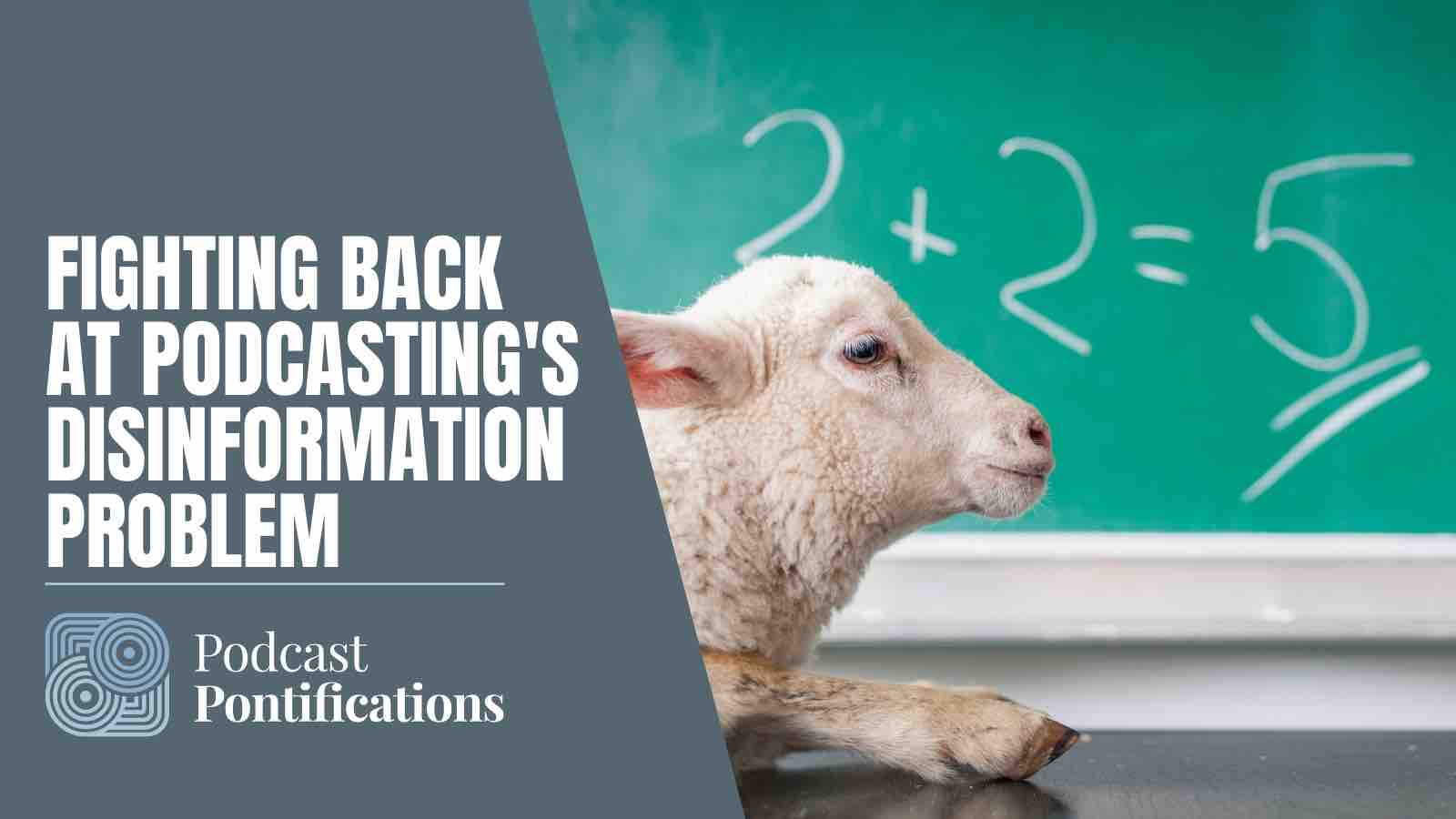 Fighting Back At Podcasting's Disinformation Problem

Many podcasting services are too good to be true and are cleverly disguised scams. But some new services do present leapfrog opportunities to podcasters. The challenge? Knowing the difference. 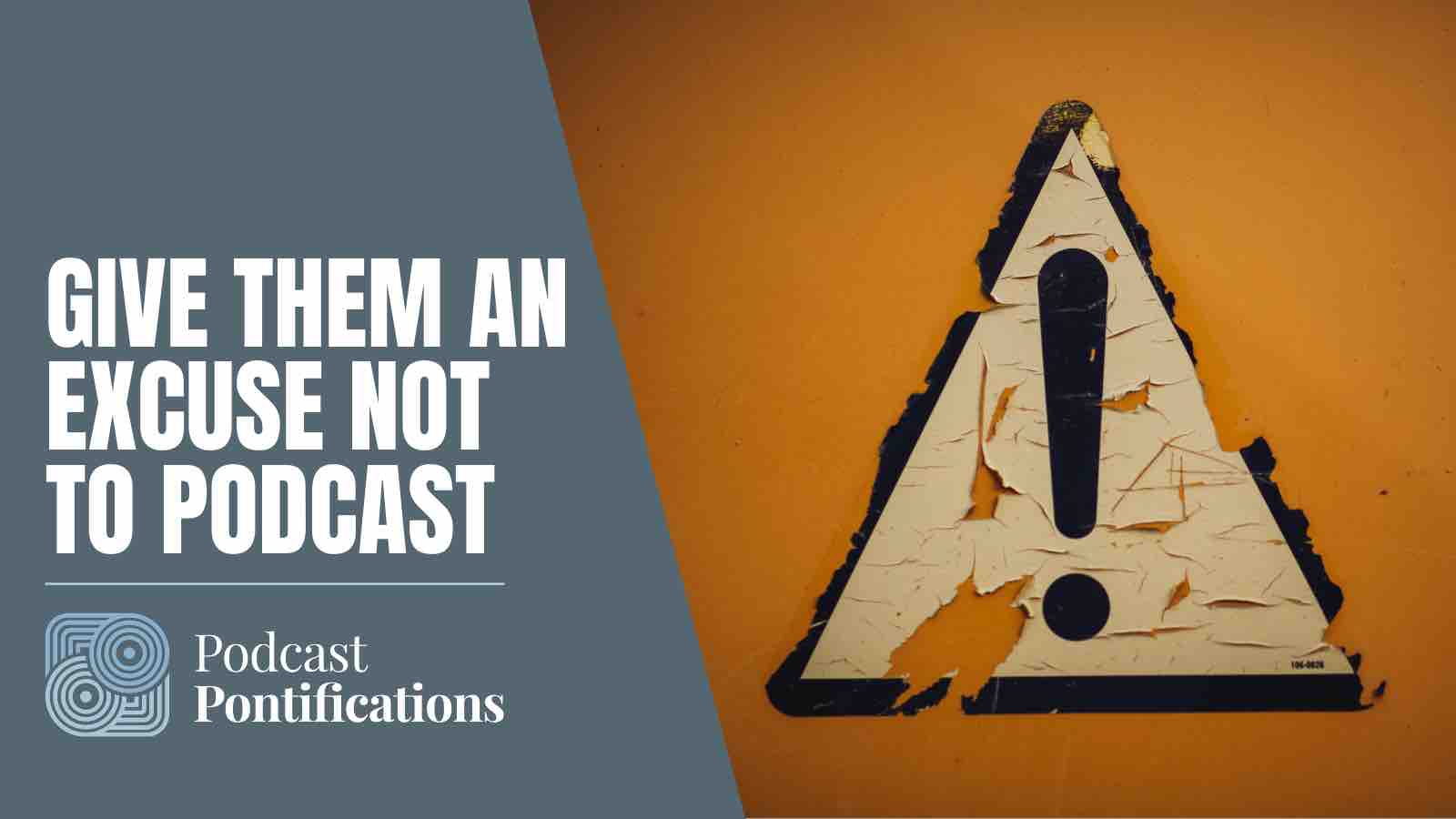 Give Them An Excuse Not To Podcast

It’s hard for podcasts to go viral, but the viral-spreading of the podcasting bug is undeniable. We love bringing others to our party. But are we being honest with our dazzling praise of the medium?