Podcasting Is A Numbers Game You Don't Have To Play
ArticleVideoTranscript
Download AudioAudio InboxComments
No items found.

As podcasters, we get pretty twisted up by numbers we're told are important to podcasting and to our podcasts.

We've collectively agreed that the overall success of podcasting, your podcast, and my podcast is all determined by numbers like those.

A handful of these numbers may be important to judging the overall success of podcasting. But most are not. And for many of them, you have very little ability to change the numbers.

Yet still, we get twisted up by these numbers when we look at podcasting or our podcasts. And for most, we shouldn't. Not only do we have little if any control over some, but we also don't have any direct evidence of the accuracy and validity of those numbers.

Some we do. When you count up the funds received from listeners of your show who bought you a virtual coffee, or you see the monthly revenue from your premium subscriptions, you can trust those numbers. If someone sends you something of value, it's easy to count.

But everything else—and I actually do mean everything else that I mentioned— is suspect. The numbers you see on a screen are just that; numbers. Just a series of digits provided by a service that you (and I) have no other choice than to trust as correct.

I just don't think that they matter. At least, they don't matter nearly as much to the actual success of our podcast in reality as they do in our heads.

Some of the numbers we track are very important. Not just to you and your podcast, but to all podcasting. And many of the numbers I mentioned are dependent on one another. These things are true.

And then, once you know which numbers do matter, pay as little attention to the other numbers as you possibly can. You'll be a much happier podcast or for it.

For as creative a pursuit as podcasting is, it sometimes looks like a math equation with so many numbers being tossed around. Numbers that we're told should be important to us. But... says who?

Yet we get twisted up by these numbers as podcasters, and for many of them, we really shouldn't. Because, again, for many of them, we don't have any control over and for many more, we don't have any direct evidence to the truth of these numbers. I mean, sure, okay, the number of coffee supporters you might have or premium subscribers on Apple Podcasts, uh, sure. Those are numbers that matter and are hard and real and true because you can see the money flowing in from those things. If someone sends you something of value, it's easy to count that and be assured that number is correct.

But for everything else, and I actually do mean everything else, that I mentioned I suspect it's just a number, just a series of digits printed on a page or shown on a screen somewhere. Numbers that you're trusting and numbers I'm trusting some other service to count for us.

Now, I don't think the numbers I'm talking about are purposely incorrect. I think, by and large, the numbers that you and I see about our podcast are directionally correct. I'll give them that. But I just don't think that they matter, at least not as much in reality as those numbers matter to us in our heads. But yes, some of those numbers are super important to you and your podcast and all of podcasting. Yes, and many of the numbers also that I mentioned are dependent on one another.

And with that, I shall be back tomorrow with yet another Podcast Pontifications. 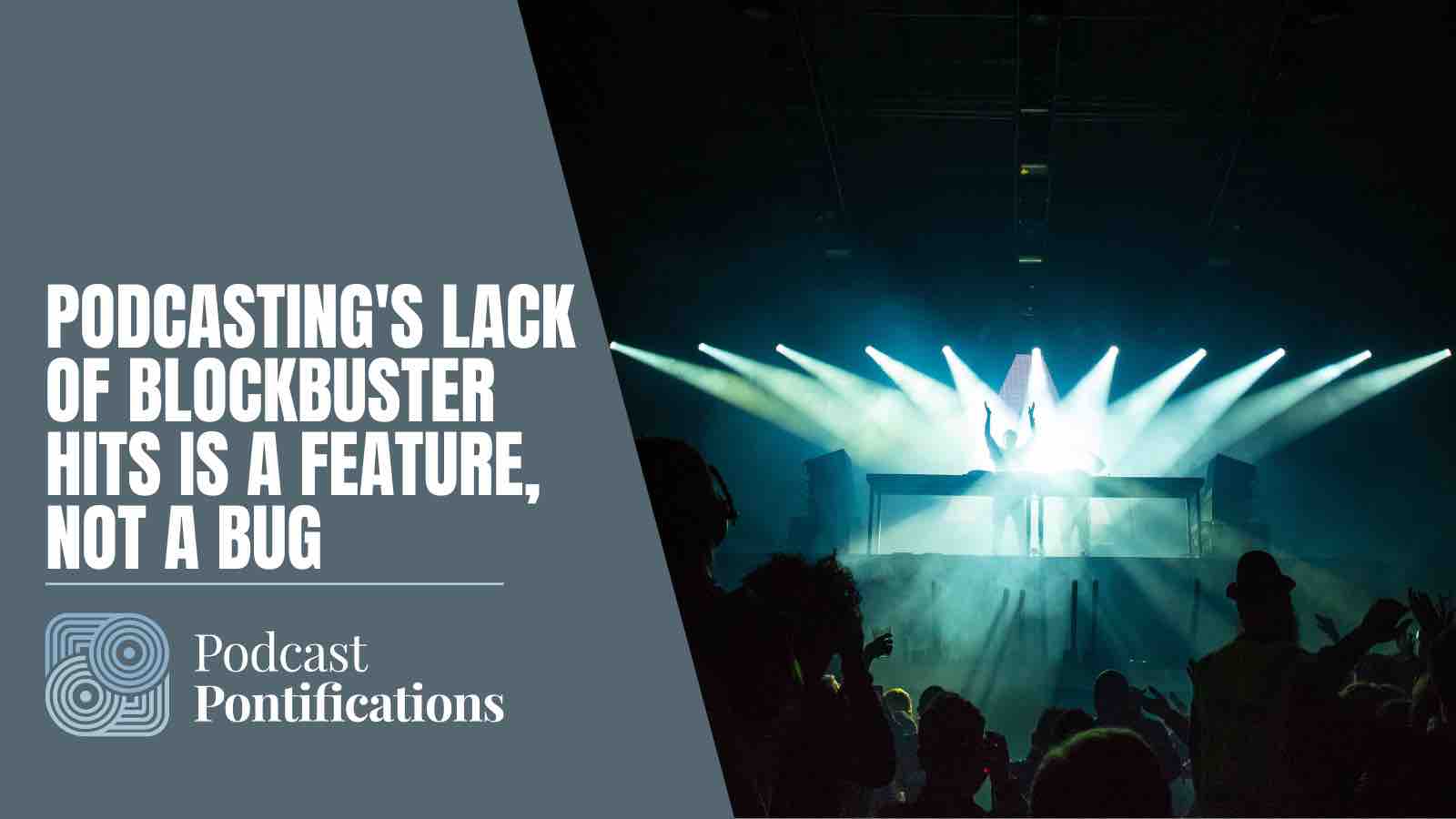 Podcasting's Lack Of Blockbuster Hits Is A Feature, Not A Bug

If the majority of the world isn't talking about one single must-listen podcast, the industry is dead. Right? Wrong. So very, very wrong. Here's why this mythical success metric needs to die. 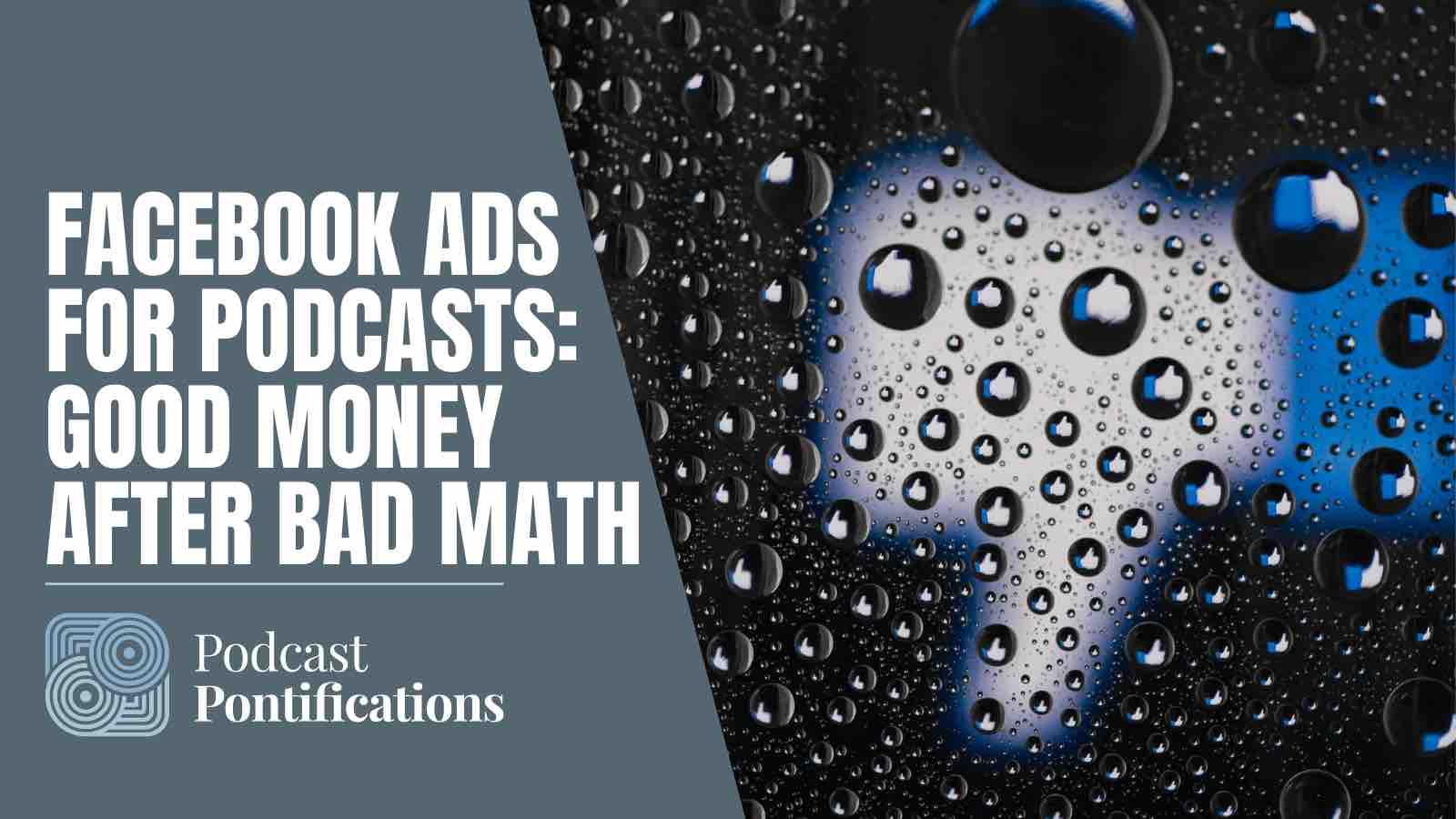 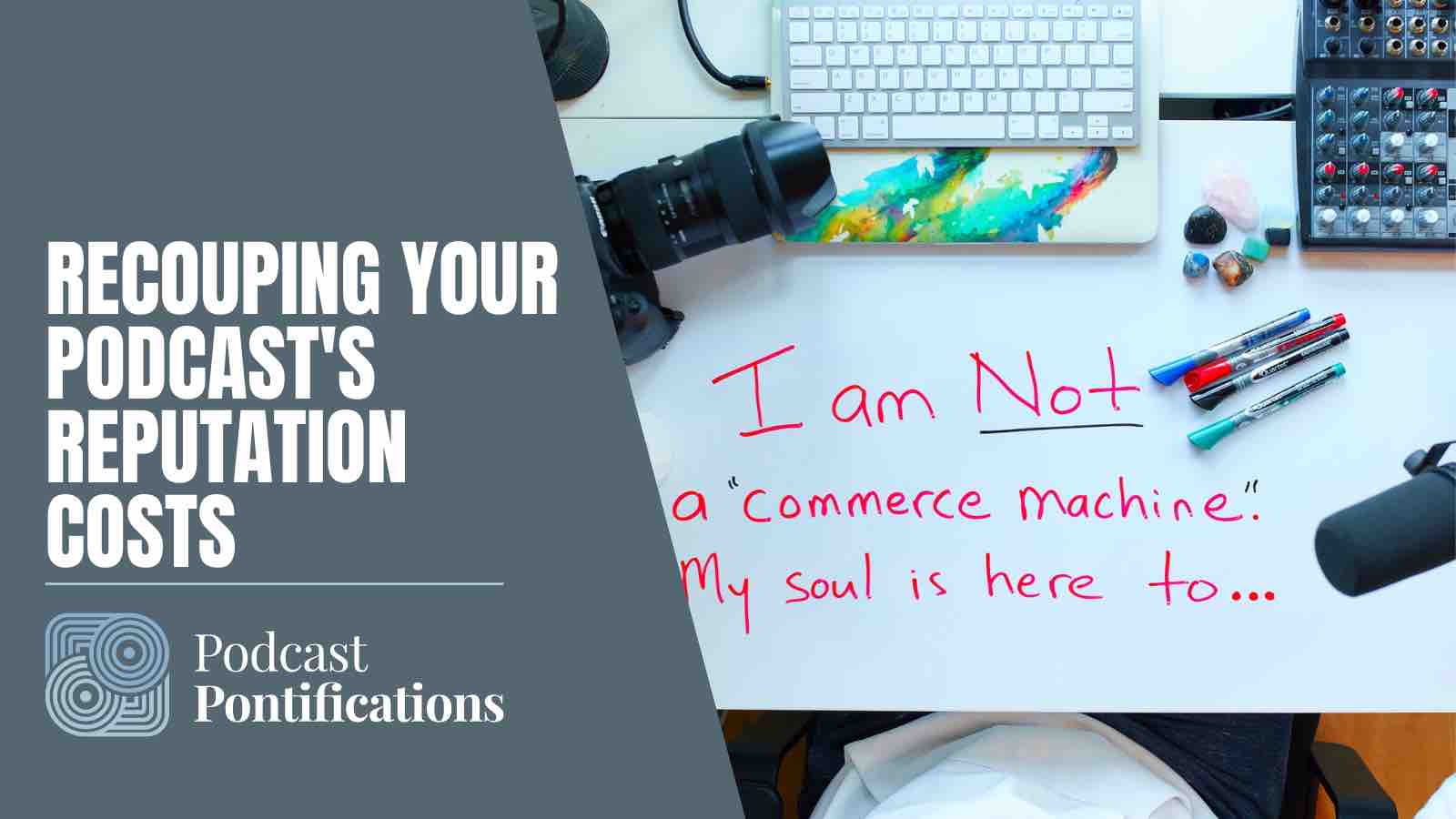