For episode nine of my 10-part miniseries on the future of podcasting (1, 2, 3, 4, 5, 6, 7, & 8), I ponder the spinoffs that will be a natural offshoot of podcasting. And yes, there will be spinoffs, assuming the past is a good predictor of future events. And it is.

Back in the early aughts, the rise of digital photography made fertile ground for Flickr, and suddenly everyone could and would share their photos with random people all around the world. More recently, Chinese-based TikTok has YouTubers scratching their head.

If there's one thing you can count on once a medium gets popular, its that spinoffs happen. Which means that's going to happen to podcasting.

But it’s important to understand that in most cases the spinoffs don’t cause the death of the technology that preceded it. It’s usually not a parent-child relationship, where the parent dies and the child continues on as its legacy. This isn’t a zero-sum game.

It’s also important to understand that these new spinoffs are usually driven by the technology that powers the preceding activity. Flickr could not have happened without lots of us carrying around a digital camera that was only a digital camera. We had to transfer the images off the camera and onto the computer in batch so we could share them, right? Flickr moved most of that functionality to the cloud.

And when the technology again shifted so that our cameras were all connected to the internet (via our phones), Instagram and other spinoffs happened. That didn’t mean Flickr died. It’s still used by people who still use camera-only digital cameras. The spinoff didn’t kill the preceding activity.

With that understanding, let's bring this back to podcasting and try to imagine what spinoffs we’ll see in our future.

Podcasting has put extremely high-quality equipment in the hands of hundreds of thousands of creators. But that great equipment isn’t all that easy to attach to a mobile device. And even if it were, it’s unlikely we’ll carry our Shure SM7Bs on our next vacation.

And the “create and upload fast” model has already been tried via Anchor and others. And while that might have caused some interest in podcasting among people looking for a faster way, the lower-quality content generated there hasn’t followed the popularity path of Instagram.

But the challenges I point out above may be more a limitation of my imagination than anything else. As I sit in my dedicated studio space, with my high-end hardware, my professional-grade software, a healthy client-roster, and a good pipeline of prospects, I’m the wrong person to try and predict podcasting’s spinoffs simply because I don't need to look for them.

Tomorrow, I’ll get more into that lack of need and the privileged class to which I belong. But for now, you and I can both take comfort in the fact that whatever these spinoffs are, they aren’t going to kill podcasting as we know it. Change it? Sure. But I don't think the future of podcasting is in danger.

If there’s a danger, it’s that we’ll choose to poo-poo spinoffs because they don’t threaten podcasting as it exists today. Why is that a danger? Because that interesting spinoff might be a better fit for us -- as individuals -- than what podcasting provides today.

FOMO is real, yo.

So I’ll keep trying new things, and I’ll encourage you to try new things as well. One of them is BuyMeACoffee.com/evoterra. Hint, hint.

Have you seen a spinoff from podcasting, or do you have your own prediction of what new things we’ll create with all this high-end tech at our disposal? Go to Flick.group/podcastpontifications and tell me about it.

And if you need some help with your business-focused podcasting efforts, drop me an email at evo@podcastlaunch.pro or go to PodcastLaunch.pro to see a list of the services we offer clients all around the globe.

Tomorrow is the tenth and final prediction about the future of podcasting, and I’ll share it right here on Podcast Pontifications. 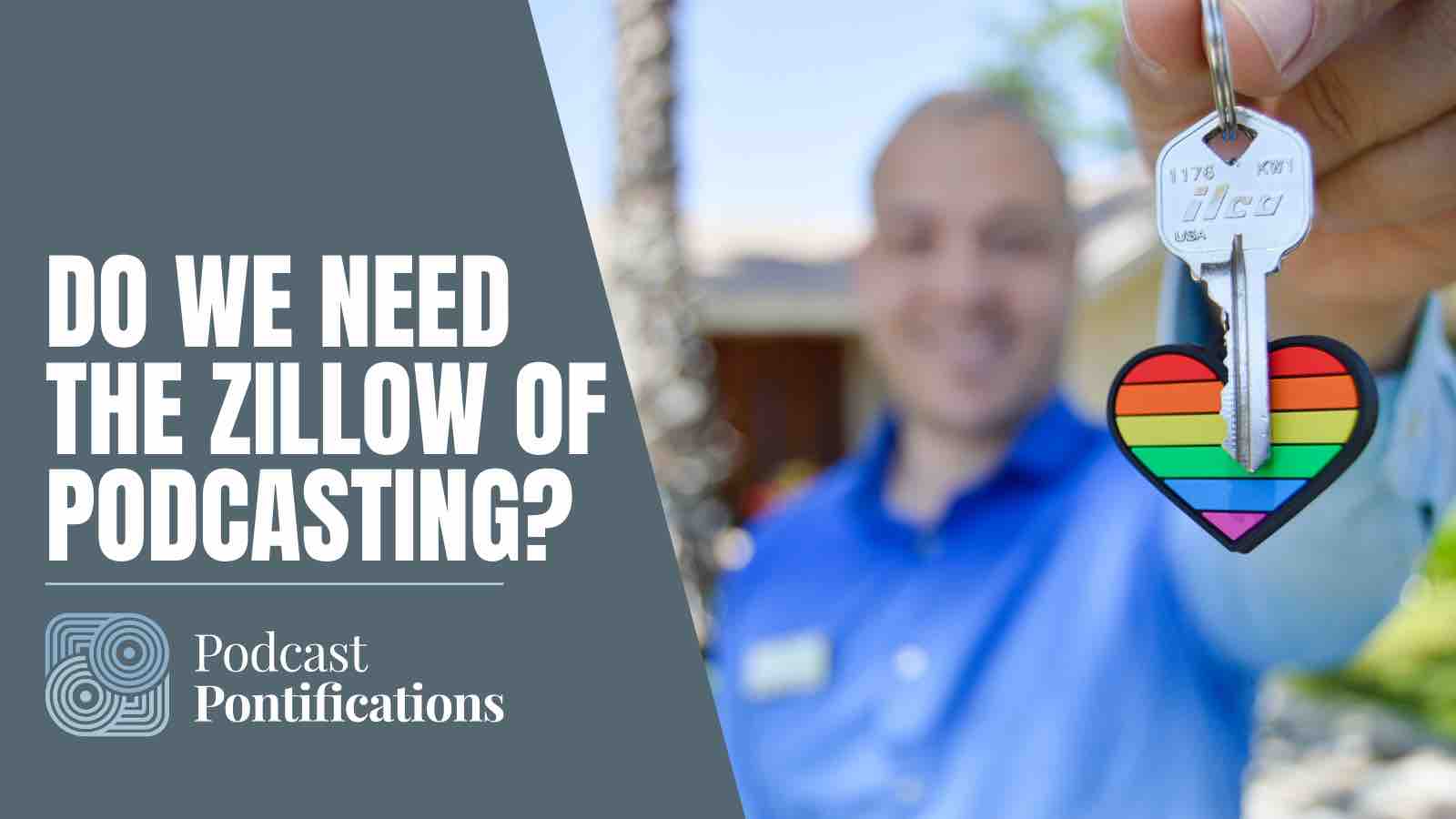 Do We Need The Zillow Of Podcasting?

Buying a house and finding a new podcast have more in common than you'd think. You aren't always in the market for both, and there's a problem if you have too many of either. Can lessons from one inform the other? 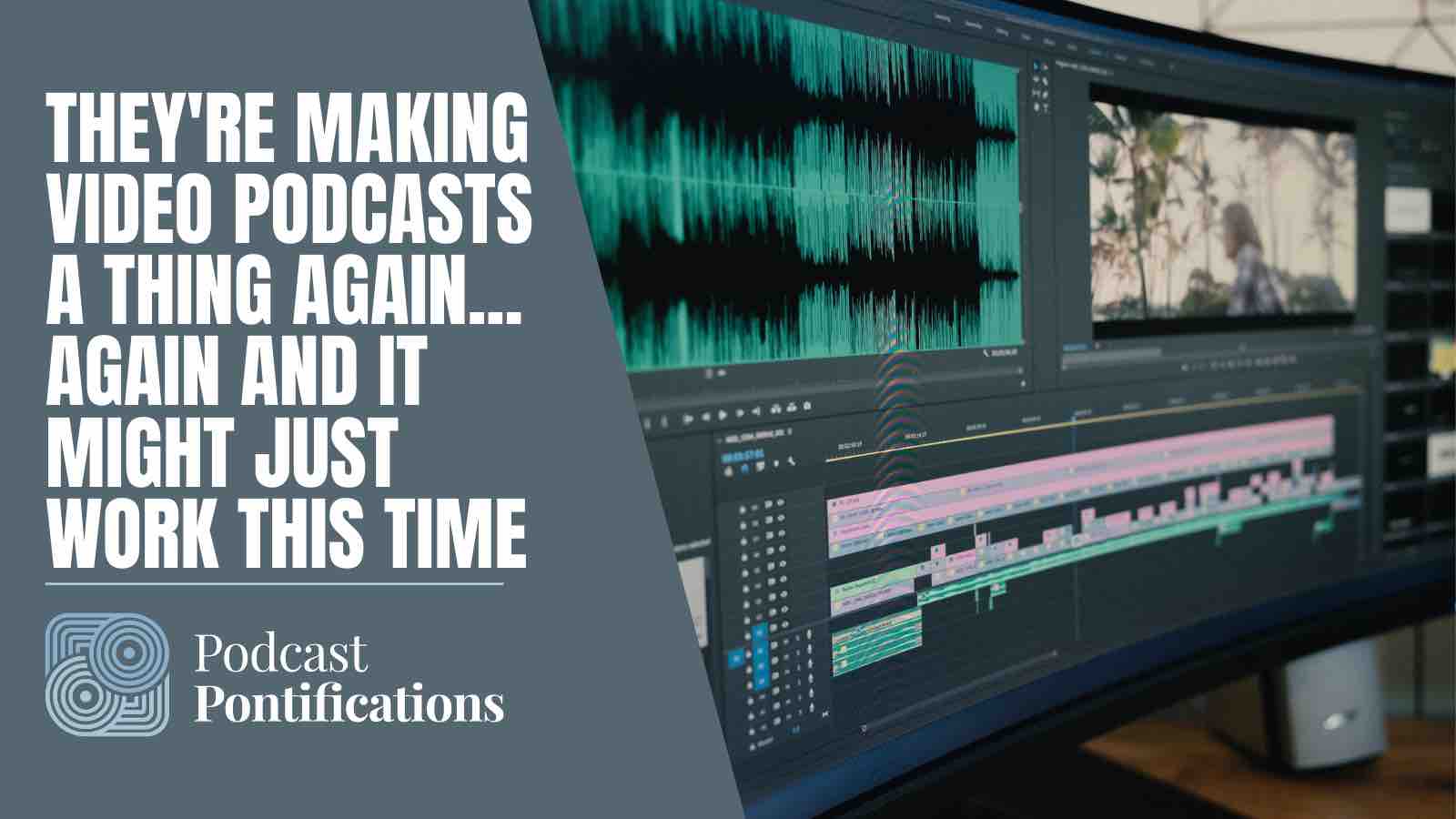 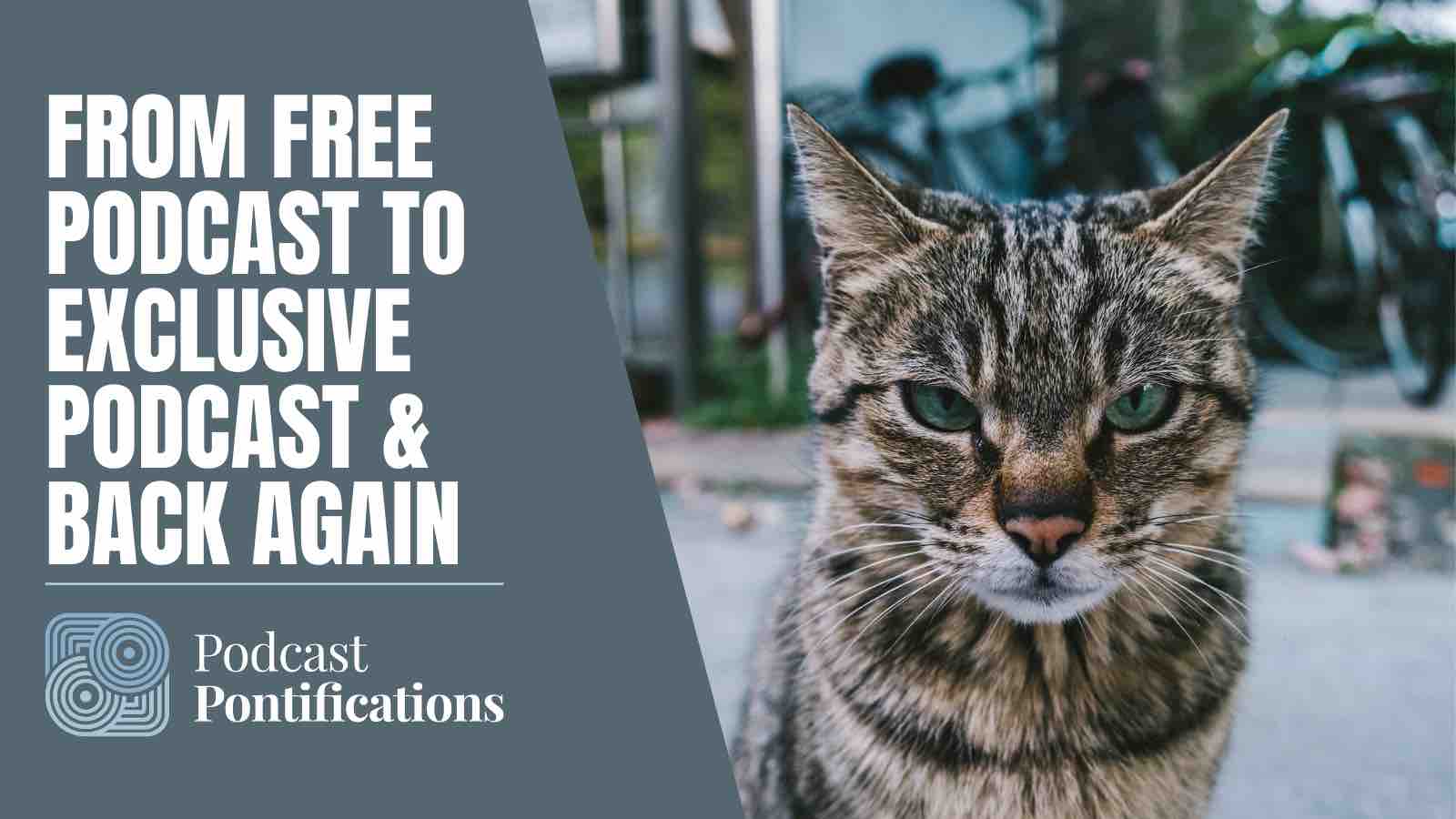 From Free Podcast To Exclusive Podcast & Back Again

Some once-exclusive podcasters are challenging the notion that you can never go home again. They assume their audience will be happy to see them. But reality may not line up with those assumptions.