Even if you don't run ads on your podcast, podcast advertising options and restrictions have repercussions for you as well, just because you have a podcast

When print advertising came along, advertisers wanted eyeballs. They wanted people to read their ads. Because we use our eyes to read the printed advertisement, someone decided to use the term eyeballs. Good idea or bad, it stuck.

When radio came along, a new term was needed. Other than positioning the radio dial (long, long ago… radios had dials) to the correct station, eyeballs aren’t so helpful with the radio, so advertisers stuck with anatomy and stated calling the target orifice for their messages earholes.

(That, by the way, is apocryphal. No one who buys or sells radio ads uses “earholes” except when they are being cheeky. But I’m making a point.)

Thus began the beginning of the conflict between eyeballs and earholes.

When the chance to buy ads on television came along, advertisers needed to appeal to both eyeballs and earholes. TV ads were designed to be both visually and aurally appealing.

But for all three of those media types, ads targeted to certain demographics were reported by the publishers. Because there’s really no way to count how many people saw an ad in print, or heard an ad on a radio station, or who watch a commercial on TV, publishers found novel (read: completely made up) ways to estimate audience size. And the demographic make-up of those audiences was (and often still is) assumed based on the type of content being created for the medium.

Then digital came along and changed the game. For the first time ever, publishers and advertisers could move beyond made-up numbers and could actively and accurately count how many times an ad was viewed. And not only that, but they also could track how many people took action on a given ad. Now advertisers could draw a straight-line correlation between visits to their website (or sales of their products) and the ads someone clicked or only just viewed.

Which brings us back to podcasting as a viable advertising medium. Podcasting is a weird hybrid of radio and digital. But nobody can click on the ads they heard during an episode, and the ways we track how often (or if) an ad was heard are rudimentary at best.

With podcast advertising, the terminology of digital -- click or view attribution -- is all wrong. And before we could come up with our own terms for the types of actions we could track inside of podcasting, Cambridge Analytica happened.

People had been shouting warnings for some time about giving too much information to advertisers and publishers. Cambridge Analytica showed just how bad that could be.

But just as vocal were the advertisers and publishers were telling everybody not to be afraid of what you don't understand. They were (and remain) convinced that the more data they collect from your viewing, reading, and listening habits; the more relevant they can make the ads you hear. If I'm honest, I tend towards that utopian world view.

But of course I was wrong and we got dystopia instead. Before the promised really good things could materialize fully, we found out that data could actually make it easier for unscrupulous actors to prey on the most unsavory aspects of our collective psyche. Now a slew of new laws coming out of Europe, California and other regions, led by consumer watchdogs are set to curtail the amount of data collected by publishers and advertisers.

I get it. I totally understand. We've all seen not just the danger, but the ramifications. But advertising companies aren't going to quit. They deeply believe that more data will lead to better ads. So they and the publishers will continue to innovate, whether working within or going around these new regulations.

So we’re in a sort of cold war. Privacy and consumer protection groups lobbying governments the world over on one side. On the other, the proponents of podcast advertising who know we need to move the industry away from radio’s made-up numbers to something more resembling digital ads, which are infinitely more countable and attributable. Because that lack of accountability is seriously curtailing the advertising revenue flowing into our medium.

This is not a winnable cold war.

This is an ideological cold war, and those are never winnable. Ideological cold wars take generations before resolution, oftentimes because the position taken by both sides becomes irrelevant to the larger world. Eventually, people stop caring as much as those who came before.

I like to talk about big problems in podcasting on the program, and at least bring up potential solutions for you. But I'm not sure I have one for this ideological cold war.

I think a deeper integration of voice assistants will change the conversation. Yes, they mostly suck right now. But if they could improve, it’s not too much of a stretch to envision yourself listening to an episode of a podcast and asking your voice assistant to get you more information about that ad you just heard.

To do that requires a lot of personal data, which rightly freaks out a lot of consumer watchdog groups. And renews this battle between eyeballs, earholes, clickable fingers, or other sorts of activities that we could track better, but can’t because of asshats who’ll abuse the power.

I spent nearly two decades in digital advertising and marketing, but this future is a black hole for me. Apart from obvious innovations like voice commands -- which are sorely needed as we drive -- I’m at a loss to envision a harmonious world where these two sides co-exist.

Of all the 10 predictions I wrote for the Podcast Business Journal’s inaugural print edition, this was the toughest for me. Which is why left it as a never-ending cold war.

While you wait for episodes eight, nine, and ten to wrap this puppy up, I again leave you with three possible next steps: 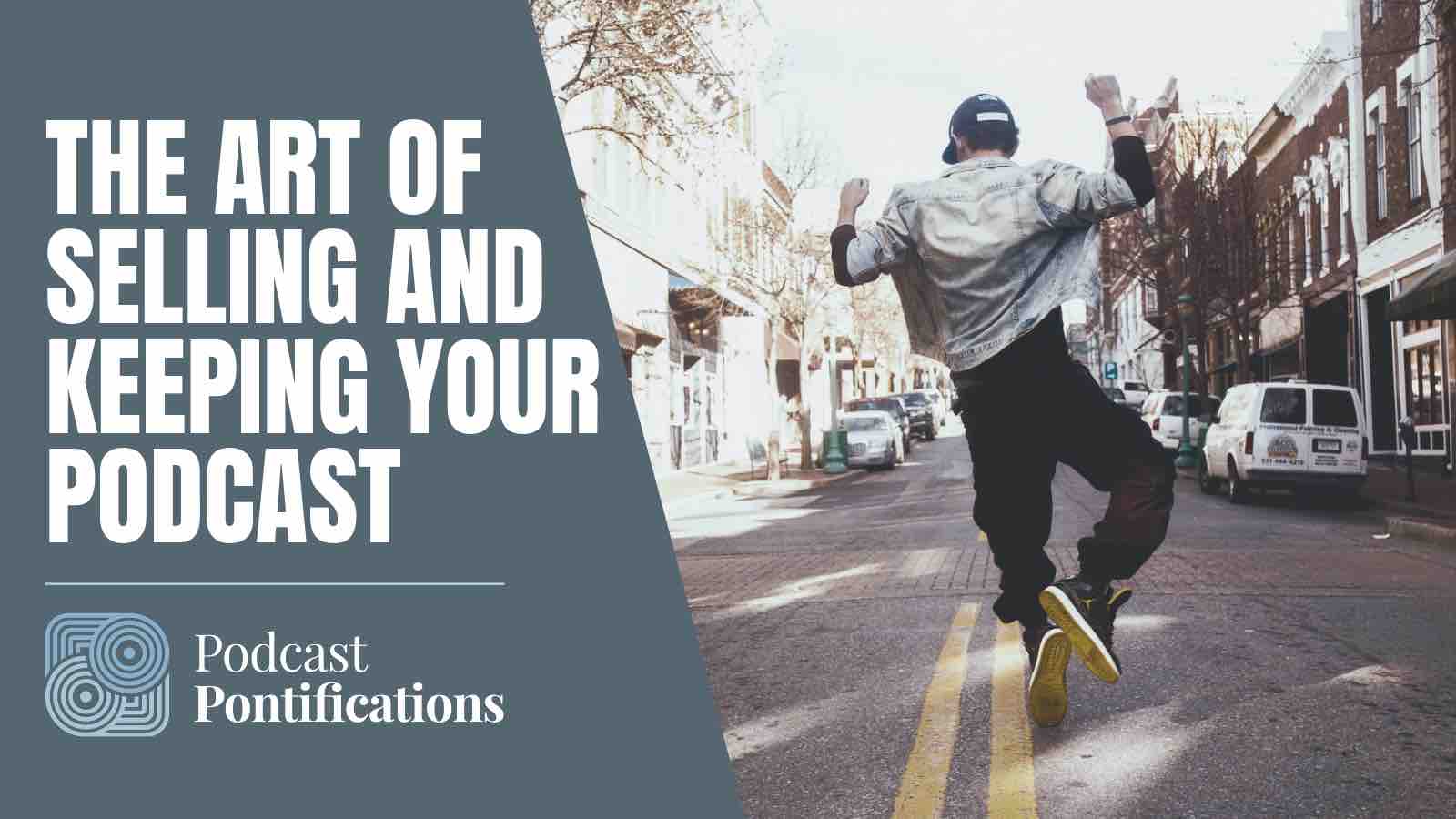 The Art Of Selling And Keeping Your Podcast

Mergers and acquisitions in podcasting show no signs of slowing, and now individual shows are getting scooped up. As a podcast owner, would you consider selling your show? More importantly, should you? 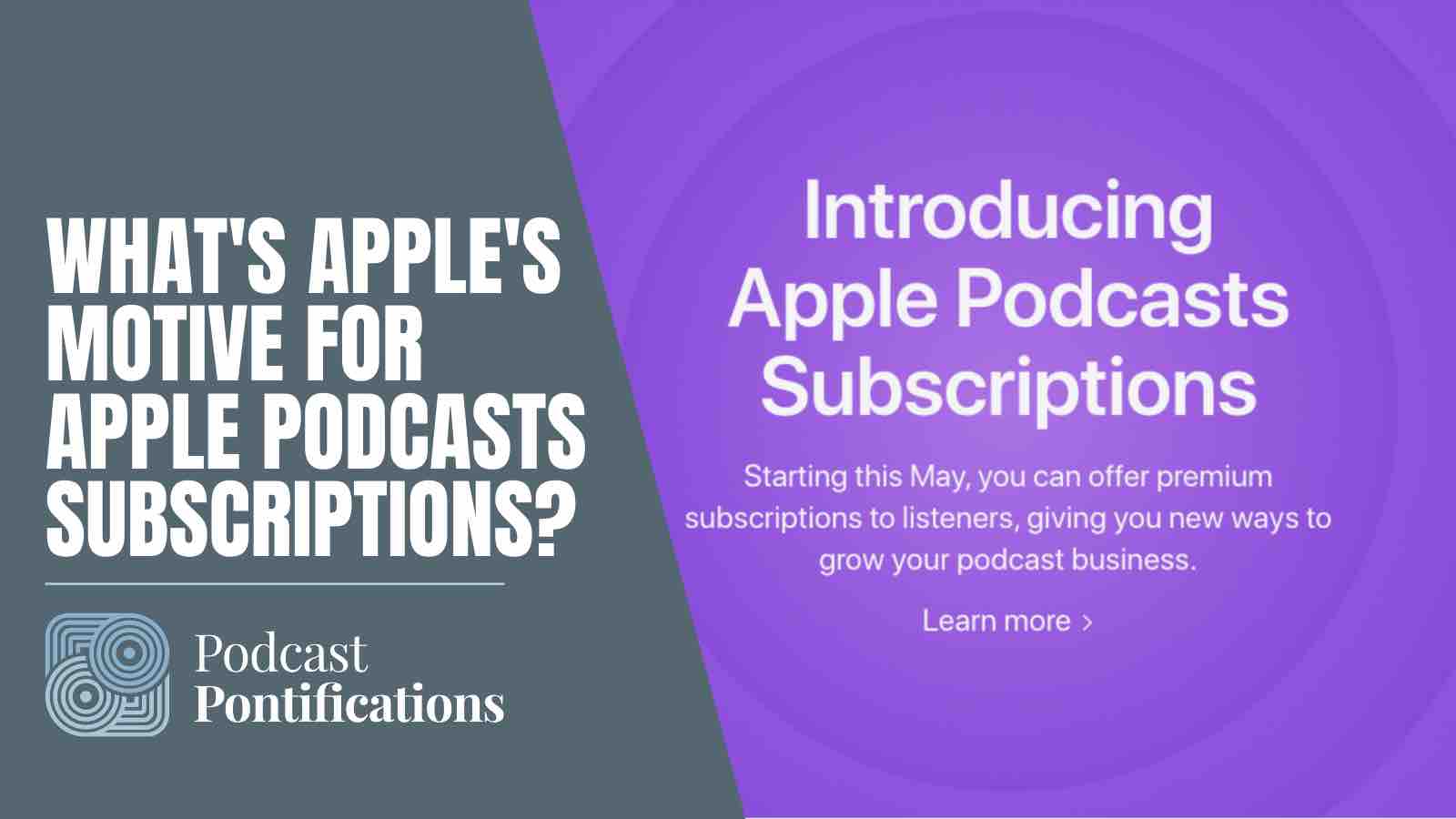 Apple’s new paid-for podcasting announcement already has many skeptics. But Apple has a successful playbook they can follow if they can change the way podcasters think about podcasting. 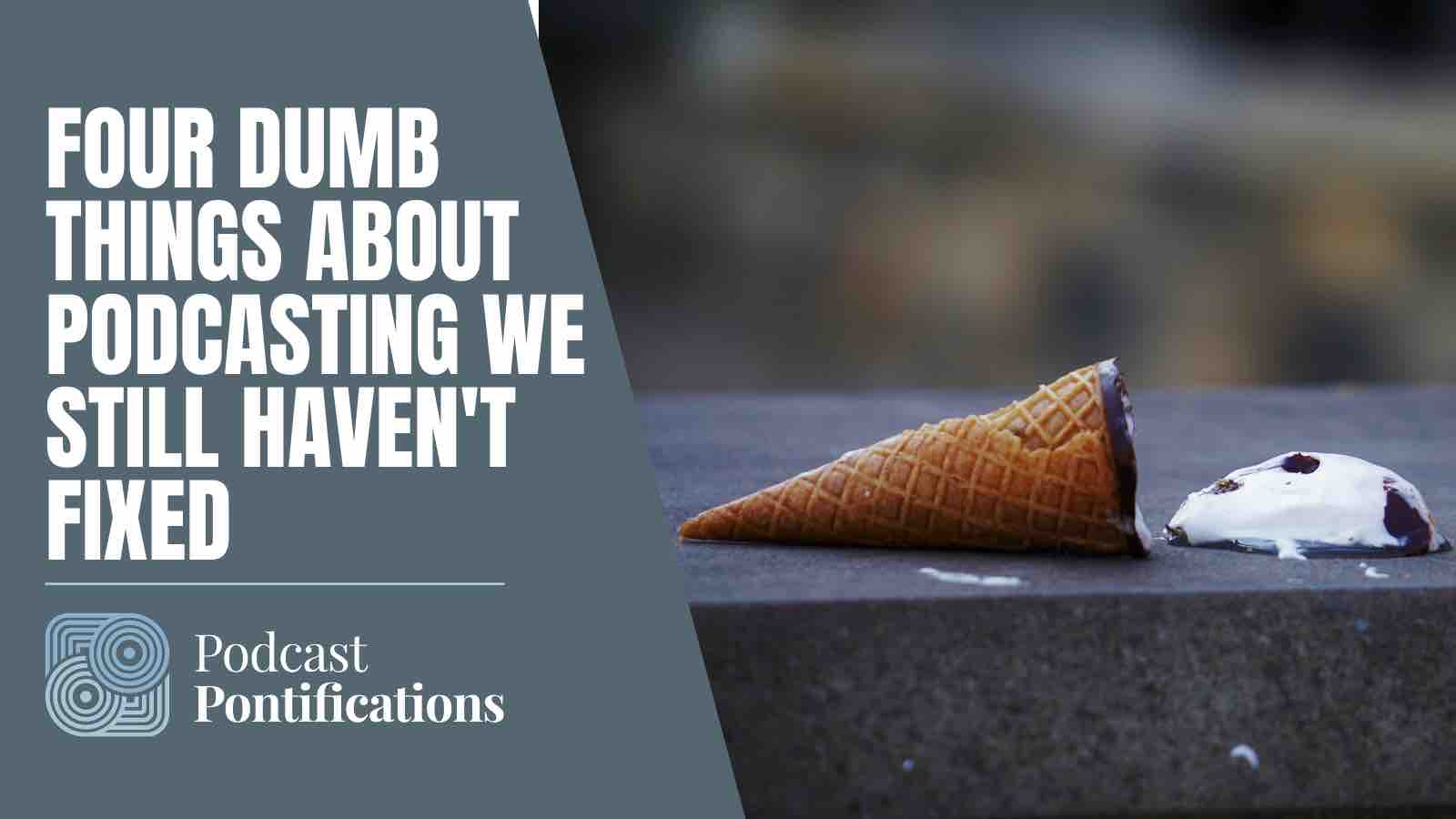 There’s no doubt that podcasting today—producing and listening—is much less complicated than before. But some lingering challenges remain that we must overcome to capture more public attention.