No, this isn’t an article about using Snapchat and Instagram to promote your podcast. This is an article about packaging the contents of a single episode of a podcast by borrowing (read: stealing) a big part of Instagram stories. Which they stole from Snapchat, so turnabout’s fair play, right?

Many podcasts are highly produced, often requiring more than 100 hours of work to put out a single, 30-minute long episode. Other podcasts require almost no extra work, where people just get behind the microphone and start talking. (Stop looking at me.)

Between these extremes is room for many, many different effort-level approaches. One format made popular by newsletter publishers and Instagram influencers hasn’t yet taken off in podcasting. That approach is to create content “on the fly” throughout the day -- or sometimes the week --. Newsletter writers typically save the publishing until the entire “send” has been assembled, where IG stars publish each discrete bit as they go through their day.

I think podcasting might be able to leverage those concepts, either as a new technology play or by Mechanical Turking our way to a new method of creating content that, for some shows, might be actually better than what they are doing today

If you've listened to Podcast Pontifications for a while, you know I'm a big proponent of what I call Advancing Podcasting. That's the idea that software and technology should make podcasting better, not just easier. It also assumes that brand new business models will appear, which themselves necessitate new podcasting formats and approaches.

Plenty of podcasts gather content on the fly. The work of James Cridland at PodNews.net comes to mind. James dutifully gathers the best podcasting news of the day, writes up his very popular daily newsletter, and also records a short “headlines only” version released as a podcast episode.

He’s not alone. Many podcast producers gather news/information/inspiration throughout the day, write their notes about each element, adding in their own commentary on each or as a whole, create a final script, and then sit down behind a microphone to record the whole thing.

Enter the Instagram Stories approach. What if, instead of only writing about each bit as it happened, the podcaster grabbed the microphone and narrated their thoughts on just that bit. OK, some writing is likely warranted. But once the writing for that bit is done, you’d narrate it. Just that bit.

Were this really an Instagram Story, you’d publish that bit. And that doesn’t really (thankfully) work in podcasting. Instead, you would “publish” the bit in some sort of a queue or draft-mode. Today you could just save it locally. Though this presents an opportunity for some custom software that will enable this to be better.

Rinse, repeat that five or six times throughout the day, and all that’s left to do is assemble those individually produced bits. That could be a simple as dragging your intro into your DAW (Digital Audio Workstation), maybe narrating an overview, dropping in your produced bits, adding a bit of transition music between each if you like, maybe narrating a recap, and then dragging in your outro.

It’s an interesting way to think differently about assembling content. Actually, it's really just a shift in how you work. Rather than being in “gathering mode” first, followed by “recording mode” and then finally “editing mode” at the end, now you’re doing all three modes at multiple times during the process of putting out an episode.

Come to think about it, this sounds a lot like how some writing tools like Scrivener work. And it’s exactly how magazines and newspapers are assembled.

Any of us could do this on our own right now, just saving off the pieces. But we need software to help enable this. A new Saas that lets producers record content and store it in a queue in the cloud. That software could even remind you of a looming deadline. You could use the interface to easily re-arrange content. And of course, it’s smart enough to place your intro, outro, and transition elements for you. Heck, done right, it could even automate the “show notes” and/or transcription, assuming you loaded the narrative parts -- and links! -- for each bit.

We need that software. If someone built that software, there would be a lot of would-be podcasters lining up to use such a service. So there you go, hosting providers. Steal my idea and build us a “Stories for Podcasters” product.

Until that time, get in touch with me if you like this idea. Especially if you think something like this could work as a good approach for your business’ podcast. Get in touch with me at evo@podcastlaunch.pro. And visit PodcastLaunch.pro to see all of the services that my firm currently offers our clients.

I shall be back next week with yet another Podcast Pontifications. 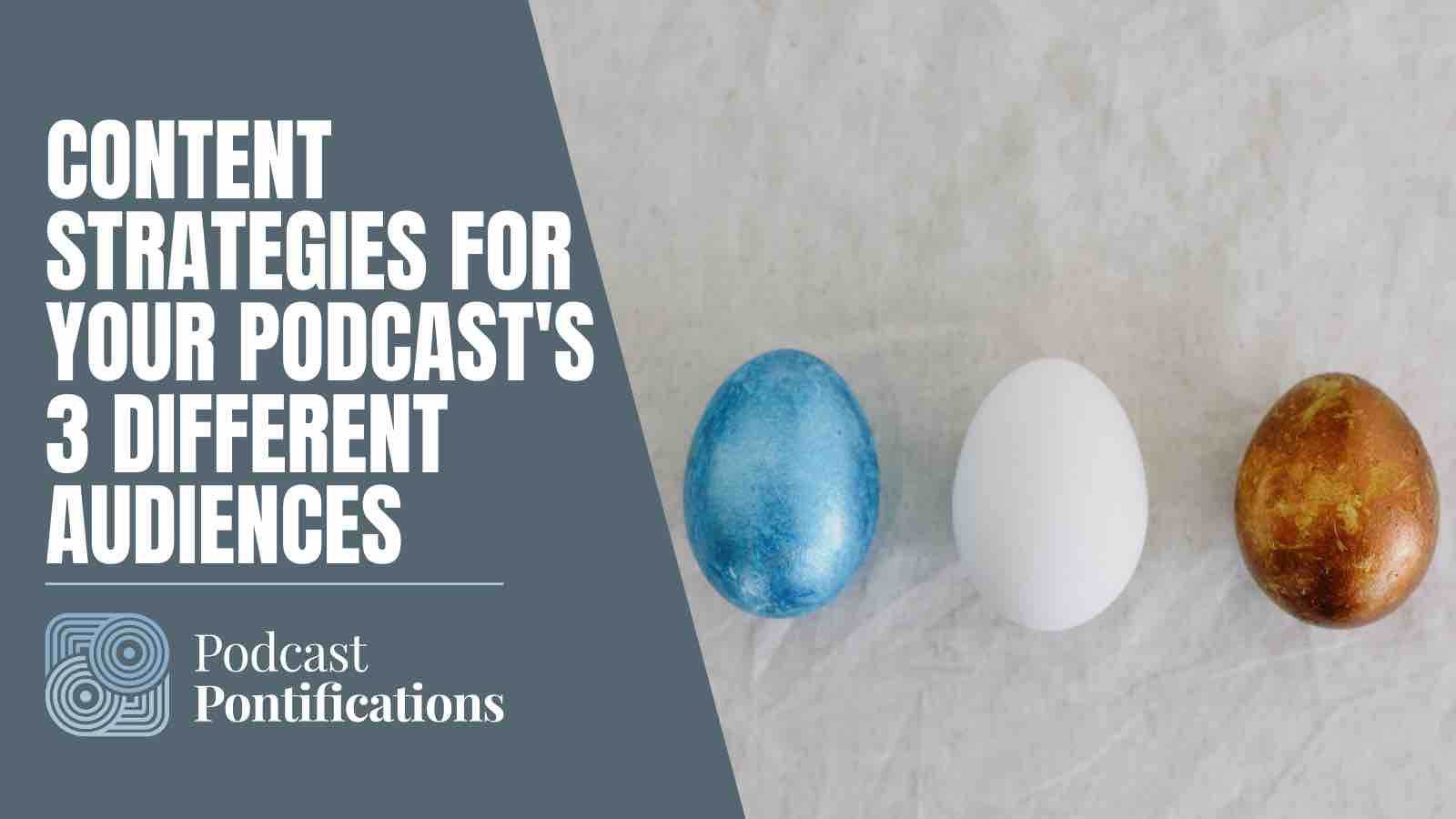 Successful podcasters know the importance of making content your audience loves. But your podcast has more than one audience—audiences with different needs. Are you making content for all of them? 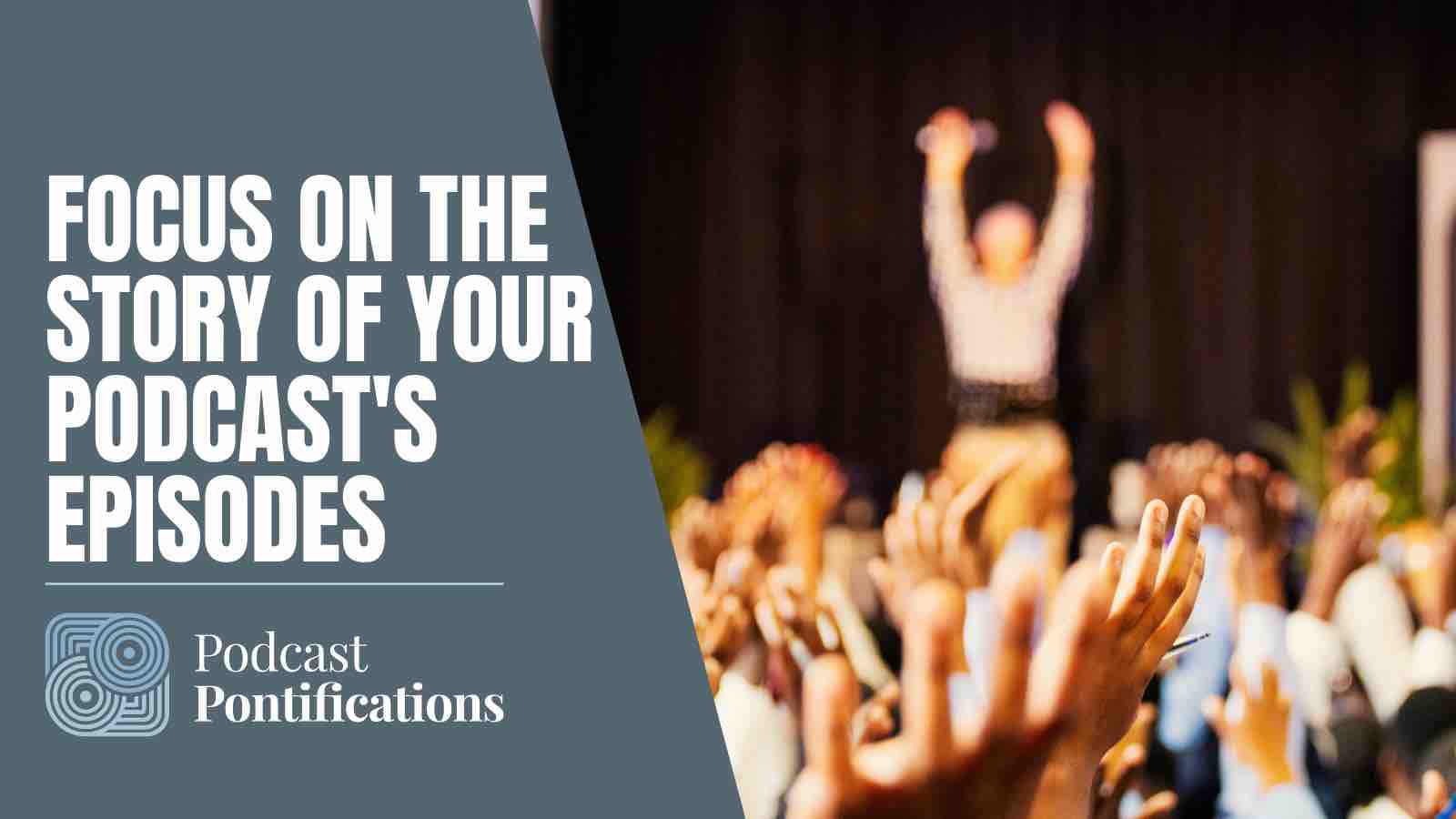 Focus On The STORY Of Your Podcast's Episodes

Many podcasters say they want to improve their shows. One easily overlooked area of improvement is you. Specifically, your ability to tell better stories with your episodes. This mnemonic device can help. 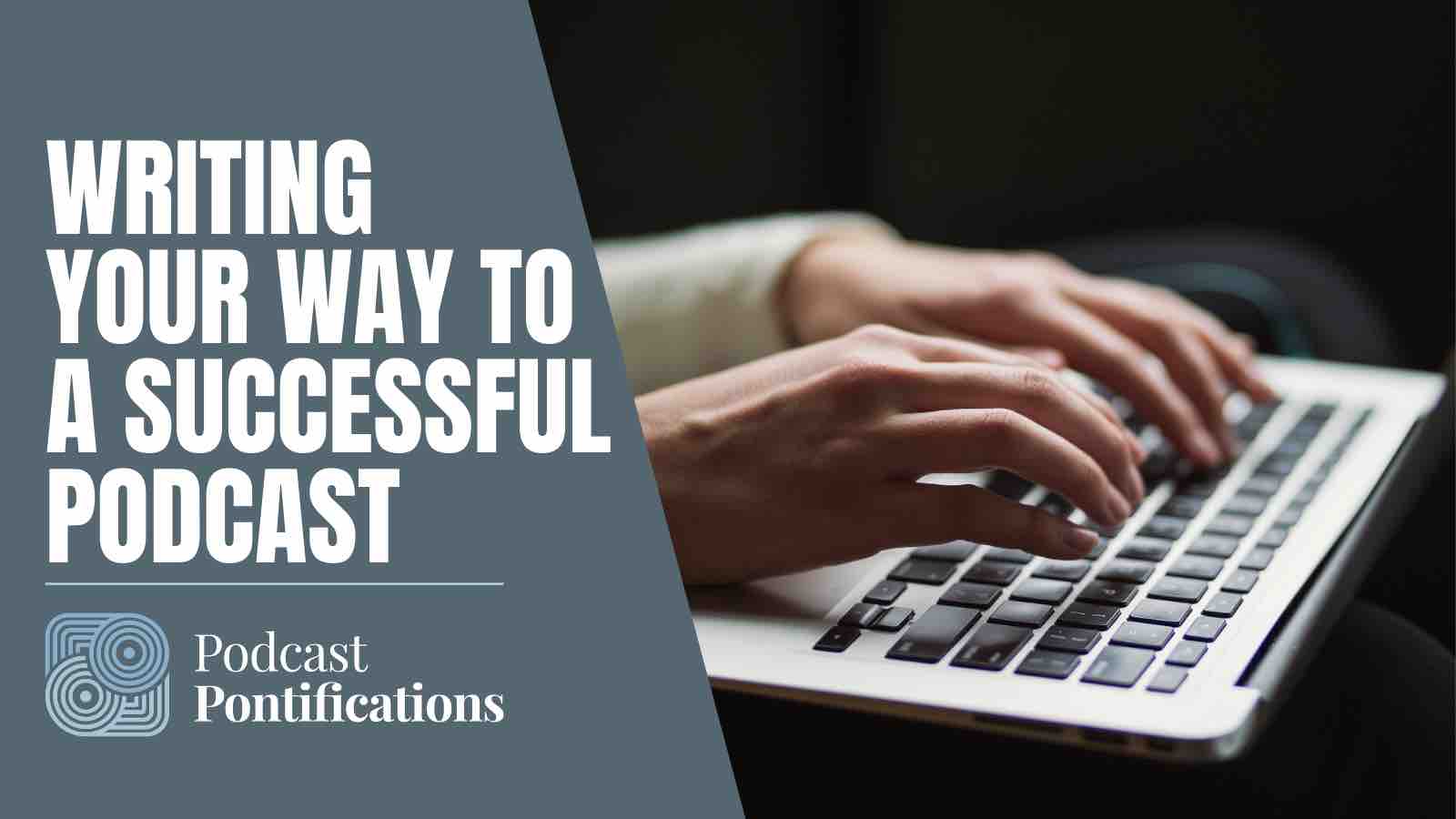 Writing Your Way To A Successful Podcast

Your podcast is more than just your audio file. And as podcasting continues to mature, the not-just-audio parts of your show will become more important factors that influence your podcasting success.