Frenzy or Famine: The Future of RSS in Podcasting
ArticleVideoTranscript
Download AudioAudio InboxComments
No items found.

I’m expanding my thoughts from my quick-hits list 10 future podcast predictions that first appeared in the inaugural print edition of Podcast Business Journal. Today, I’m talking about the future of RSS feeds.

If your eyes are already glazing over; relax. I'm not going to get technical.

As a working podcaster, you know that you have an RSS feed for your show. Even if you aren’t tech-savvy, you probably viewed your show’s RSS feed at least once. Sure, it looks a lot like gobbledygook at first glance. It's an XML file, so it's got a bunch of weird text you won't recognize. But it is just text. It's not like you're reading programming code. It’s just a text file with descriptors wrapped around human-readable text. And that described-text is how -- and what -- podcast directories and podcatchers know about your show, your episodes, and your .mp3 files.

Were it not for Dave Winer coming up with the enclosure tag, which is little more than a link to an .mp3 file, and adding it to the RSS 2.0 spec, we wouldn’t have podcasting. So all the magic of podcasting? You can thank Dave for this relatively small change that changed everything.

RSS is simple, easy, and rather elegant. Every time you update your podcast with a new episode, your RSS feed is updated by your media hosting company, which triggers the process of distributing that media file to subscribers and directories. Many of my friends in the podcasting world still maintain that if a show is not distributed with an RSS feed, it's not a podcast.

They’re free to have that opinion. But reality is proving something different. Chalk it up to the shift in language if you like, but there are a lot of people who consume podcasts every single day that never encounter an RSS feed or a media file that was distributed by an RSS feed.

A lot of people -- especially people brand new to podcasting -- discover and consume podcasts on YouTube. But the podcast episodes they are listening to weren’t put there by an RSS feed.

People watch me and others podcast live on Facebook every single day. No RSS feeds are involved in either getting that content there or getting the live experience in front of listeners.

Or consider any of a dozen other services that also don’t use RSS feeds to facilitate the consumption obviously podcast content.

I’ll leave those more passionate about the technical infrastructure argue the finer points. I’m inclined to say that a podcast is whatever the listening audience says it is and move on.

In my article for the Podcast Business Journal, my big prediction was that RSS feeds aren't going to die. At least not any time soon. Too many services are built that require RSS feeds to power them, and that’s not something uncoupled by a quick finger-snap. However, I do see the importance of RSS feeds diminishing over time.

(Note: This is not a license for you to be even lazier with your RSS feed. When I speak of the future, I don’t mean tomorrow.)

In lieu of a major overhaul, perhaps from RSS 2.0 to 3.0, we’ll see alternate distribution methods pop up that are more complete. Lots of people are betting on JSON, but it could be something else. (Candidly, I think it will be a lot of something elses for a while until we settle into a groovy new standard method. But that’s just wild speculation on my part.)

There are things we're just not getting out of the RSS feed. It does a good job and does exactly what it was designed to do. But there's a lot of information about a show and the episodes of the podcast that the RSS feed can’t communicate in its current state.

And while RSS feeds, like most flat text files, are robust, their apparently awfully fragile. I mean, they must be, because the primary podcast media hosting companies recommend you check your RSS feed after publishing an episode to make sure it’s still valid.

Uh… what? How is that even possible in 2019, 15 years after RSS feeds have been used to power podcasting?

For the holdouts who still update their RSS feed by hand or some other non-standard way, then I totally get the need to make sure the code isn’t bungled. But for people like you and me and damn near everyone else who relies on a media hosting company to generate our feeds… how is it possible for us to cause our feeds to be invalid just by posting our episodes on that platform?

We’re filling out their form. We’re uploading our media files to their server. We’re providing graphics, links, and other data to their system. And in at least one case, the media hosting company provides an RSS feed validator -- but it’s not integrated with their publishing process.

If the act of adding in text to the fields that make up a blog post for your website somehow caused your site to break, you’d be pissed. You’d be firing off nasty emails to developers, WordPress, Squarespace or whoever powers the infrastructure. Because you weren’t tweaking a template or fiddling with the code. You were typing text, or perhaps copying and pasting text, into fields provided. You assumed -- rightly so -- that the system was robust enough to trap errors and not let you do anything stupid that would cause your site to break.

Hrm. Maybe part of the reason our podcast media hosts don’t do error trapping and validation on their end is that they also wonder about the future of RSS feeds. Why put the time, energy and effort into making sure all feeds generated by their system are valid if the feed is soon to be made obsolete?

OK, I admit that last point is a little conspiracy-minded of me. And I’m not sure I completely buy it Because for the foreseeable future, RSS feeds will continue to be fundamental to podcasting. We need them to be more complete, and I fully expect that there will be new namespaces added, just like Apple and others have added before to extend the functionality of RSS feeds.

But I also won’t be surprised when someone comes along with a way to make this fundamental part of podcast distribution better. JSON, API calls, deeper integration between hosting platforms and destinations… We don't know what that future looks like. But we know it's coming.

What does all this wild speculation on my part mean to you, the working podcaster? Probably nothing at this point, beyond ensuring that your RSS feed is valid (which is dumb) and complete. (Also kinda dumb). Beyond that, be ready to experiment with new distribution opportunities as they come out. And don't be a slave to your show’s RSS feed. If there’s a distribution point that makes sense for you and RSS isn’t the way to get your files there, it’s up to you to get your files there another way. Don’t be lazy.

Now, three things before wrap this up:

I shall be back on Thursday with yet another Podcast Pontifications. 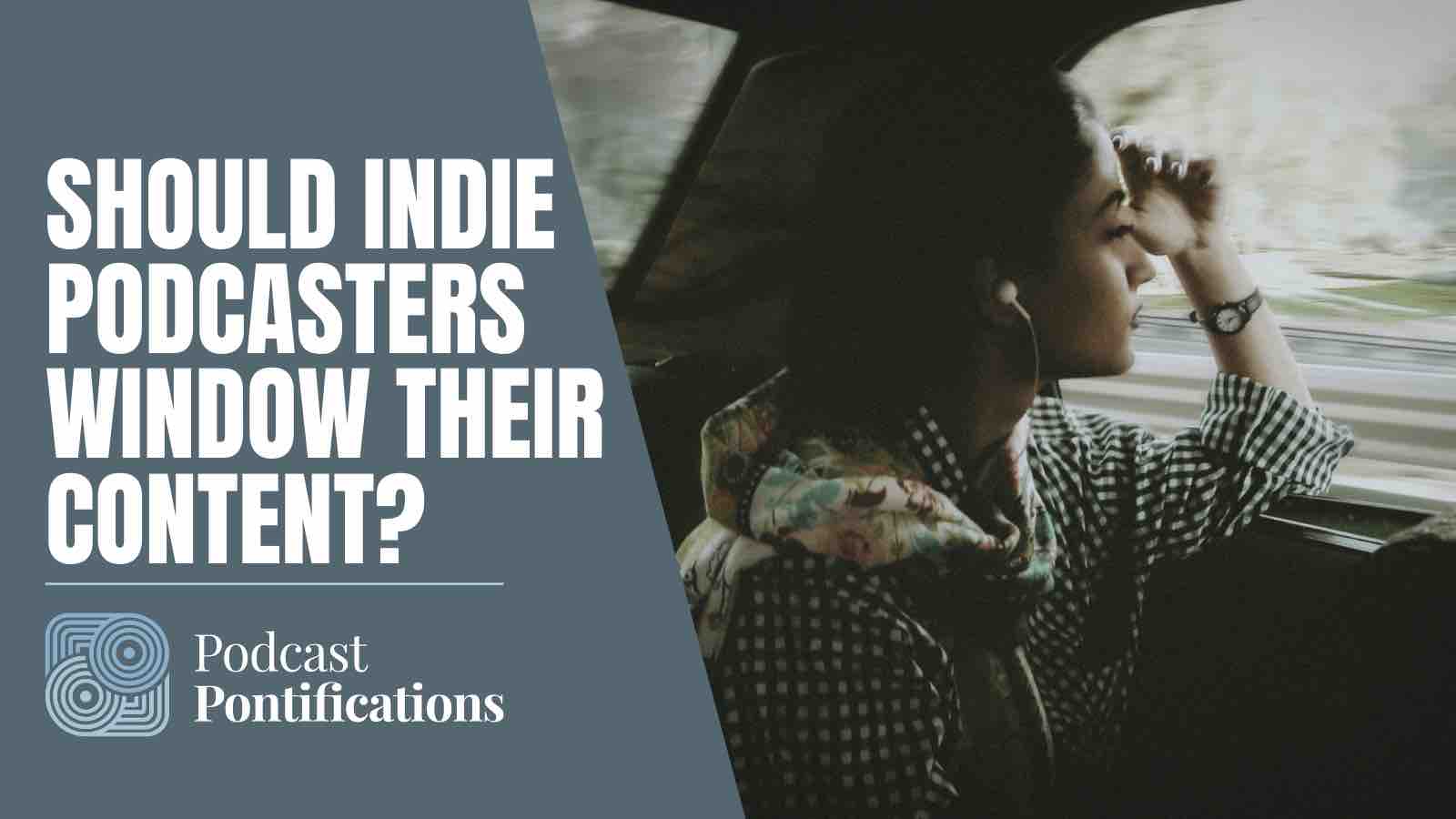 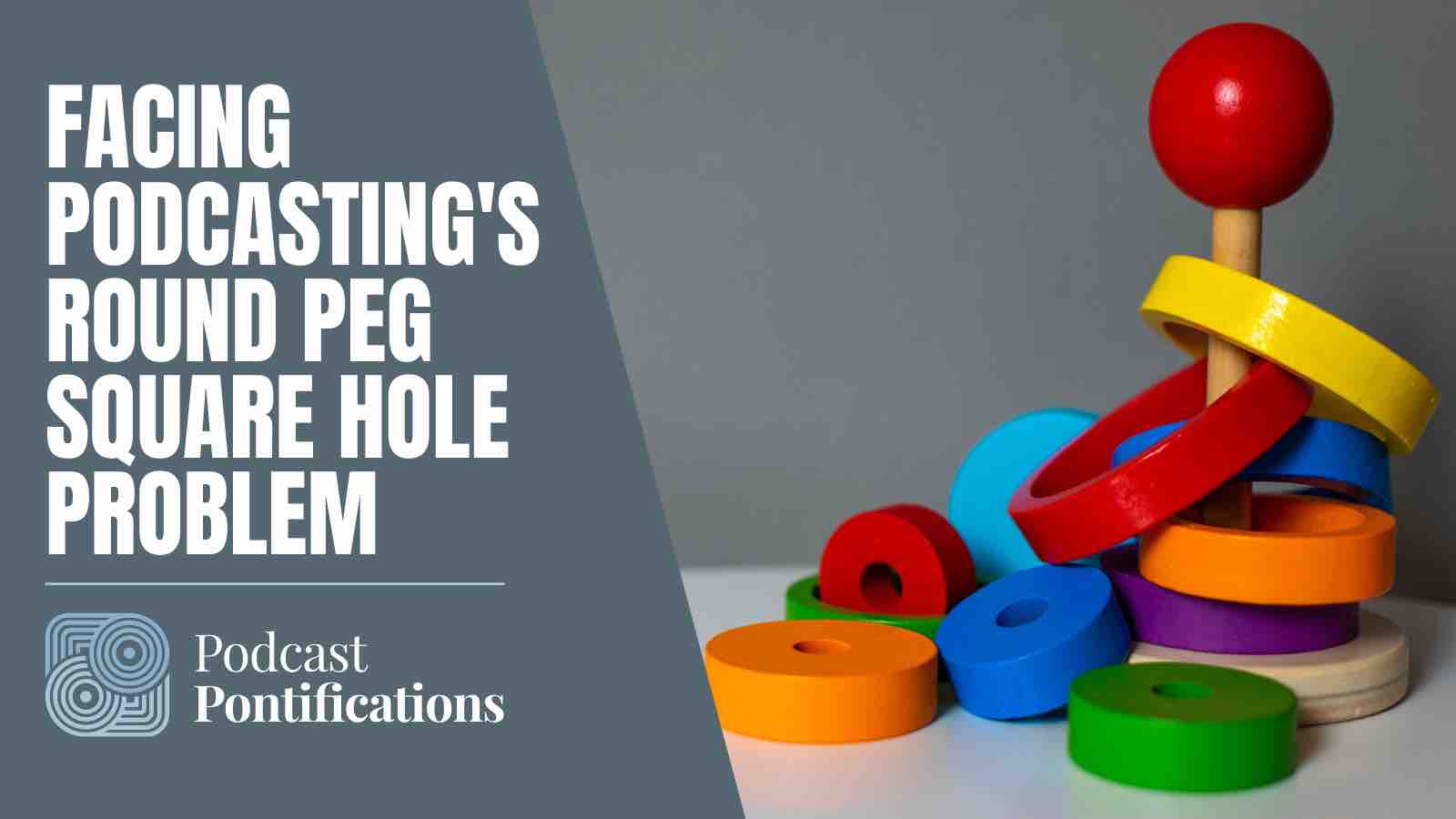 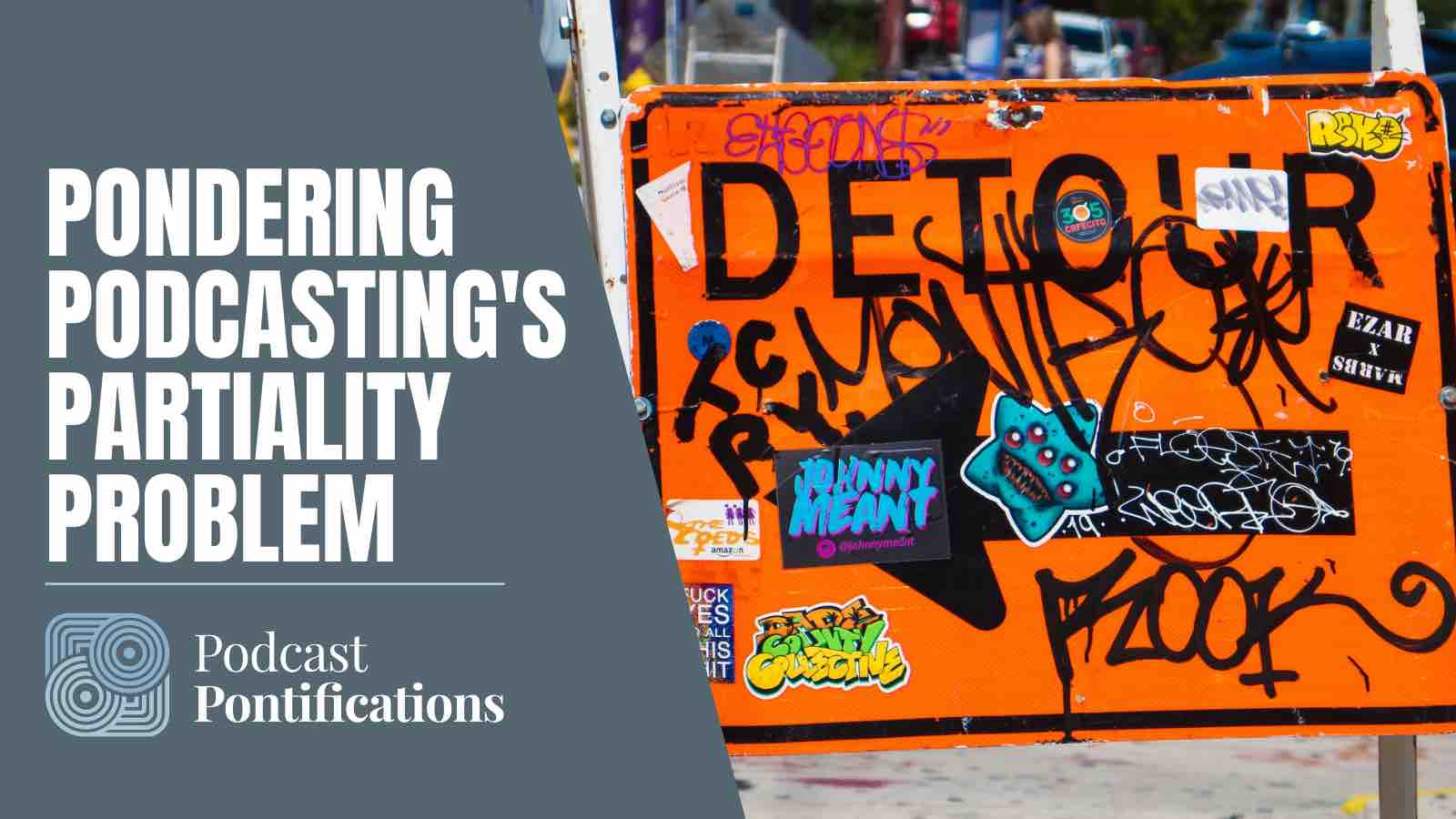