If you graph the popularity of things for any given category -- songs listened to the most, cars driven the most, places you visited the most -- you will notice a relatively small number of things keep the curve very high to the left, with a quick taper off to the right in a hockey-stick fashion. That slow dropoff continues toward the end, getting smaller and smaller. That's the long tail, which you’ve likely heard about.

But it’s that grouping upfront -- the short head -- that is the topic of today’s show. It’s really the 80/20 rule represented in a graph. And soon enough, the short head of podcasting will be dominated by paywalled content.

This is the first part of a 10-part miniseries where I will share some predictions I have for the future of podcasting.

In the future, the shows that get the majority of attention and therefore downloads and listens will require some form of payment to access.

I can already hear those of you poo-pooing this notion. You’re probably thinking of all the prior times paid-access to podcasts have been tried and failed. And if not an outright failure, then an edge case that never really thrives. And you’re probably thinking of what happened recently with Luminary. Or your reflecting on just how few people actually subscribe to things like Stitcher Premium.

I am aware of the history. But there’s a larger context of media consumption, with a story played out over many years and in many formats.

(Note: There will always be a place for free. If you were to add up all of the downloads to non-premium content and compare it to downloads of premium content in total, the total pool of free content will win, perhaps forever. I’ll talk more about that tomorrow.)

So I’m sticking with my prediction that future water cooler conversations about the hot new podcast will be regarding content that is behind some sort of a paywall.

It's possible that the transaction to gain access to the content will be individualized, where each listener pays a fee to listen to the show. But I think it's more probable (and may future anthropologists note that this was written in and influenced by media patterns in 2019) that payment will more resemble subscriptions to Spotify Premium, Netflix, Hulu, Disney+, Amazon’s Prime Video, or any other analog, where one monthly fee gains you access a library of content. That's the trendline for short head TV/movie programming today, and I think podcasting will follow.

The alternative is the current ad-supported model that more resembles commercial radio. But we’re already seeing cracks in that foundation. Many people and companies making really amazing podcast content are taking a hard look at their books… and finding them out of balance. On the other side, advertisers are doing the same thing, questioning if the effort required to create an amazing podcast ad campaign leads to verifiable ROAS. (Return on Ad Spend, which is much more specific and less nebulous or forgiving as ROI, or Return on Investment).

Case in point: Download reports are a poor proxy for determining if an ad ran was actually heard by the right human, regardless of what those with ad inventory to sell would have you believe.

Crazy as it sounds, it's a much safer bet to let the content itself generate its own revenue from the listeners themselves. No, that won’t work for most shows. But the short head isn’t, by definition, most shows.

There are some new offerings in the marketplace that will make it easier for anyone to subscribe to premium content with whatever podcast listening application they wish. Today, premium content often forces listeners to a particular app to get the premium content. But thanks to these new services, some early-adopters are finding it much easier to not only put their content behind a paywall, but also finding it easier for their most dedicated group of listeners to keep listening to their paid-for content, but with any app the listener chooses.

(Google if you’re interested in finding more about those new providers. These services are very new, and I don’t want an implied endorsement by linking to one over another, or potentially leaving a great option out.)

That trend toward paid listening will quickly be seized upon by the big media companies, all of which are keenly interested in podcasting as a distribution channel, if only it could be made viable. All of these large media producers, including those acquired by giant media conglomerates, desperately need a world where listening to premium content is as frictionless as listening to free content.

This is actually a good thing for all of podcasting. Yes, even your show will be positively impacted by this future-shift to premium content. Even if you have no intention of ever making premium content. I know that makes me sound like a crazy person. But here’s why I’m not:

The coming premium content, now well-funded thanks to a more reliable and less speculative revenue model, will be better content.

Better content is more appealing to people with less patience for “rough” content. Those people will, in turn, tell other people, and the cycle continues, bringing even more brand new people into the world of podcast listening. And as more people are in this ecosystem, some will be curious enough to look elsewhere for other content. (Yes, the companies collecting the revenues will try their best to keep people consuming their content. Amazon Video doesn't really want you to have a Hulu subscription, but they know a lot of us do. Amazon and Hulu know this too. They’ve accounted for it in their revenue projections, I assure you.)

It will be this constant migration from paywalled content to free content that will cause us podcasters to up our game. Which is a good thing, right? If you have to up your game, and I have to up my game, and every other podcaster has to up their game, then the entire game of podcasting will soon be upped! And that’s a very good thing, I think you will agree.

This was future podcast prediction number one, and I have 10 of them to get through over the next two and a half weeks! All 10 of my predictions were first published in the inaugural print-issue of Podcast Business Journal Magazine, which was distributed exclusively at Podcast Movement 2019. (At least I think it was exclusive. Ping Ed at the Journal for info on how you can get a print copy if can’t wait!)

Enjoy the rest of your Monday. I shall be back tomorrow with yet another Podcast Pontifications. 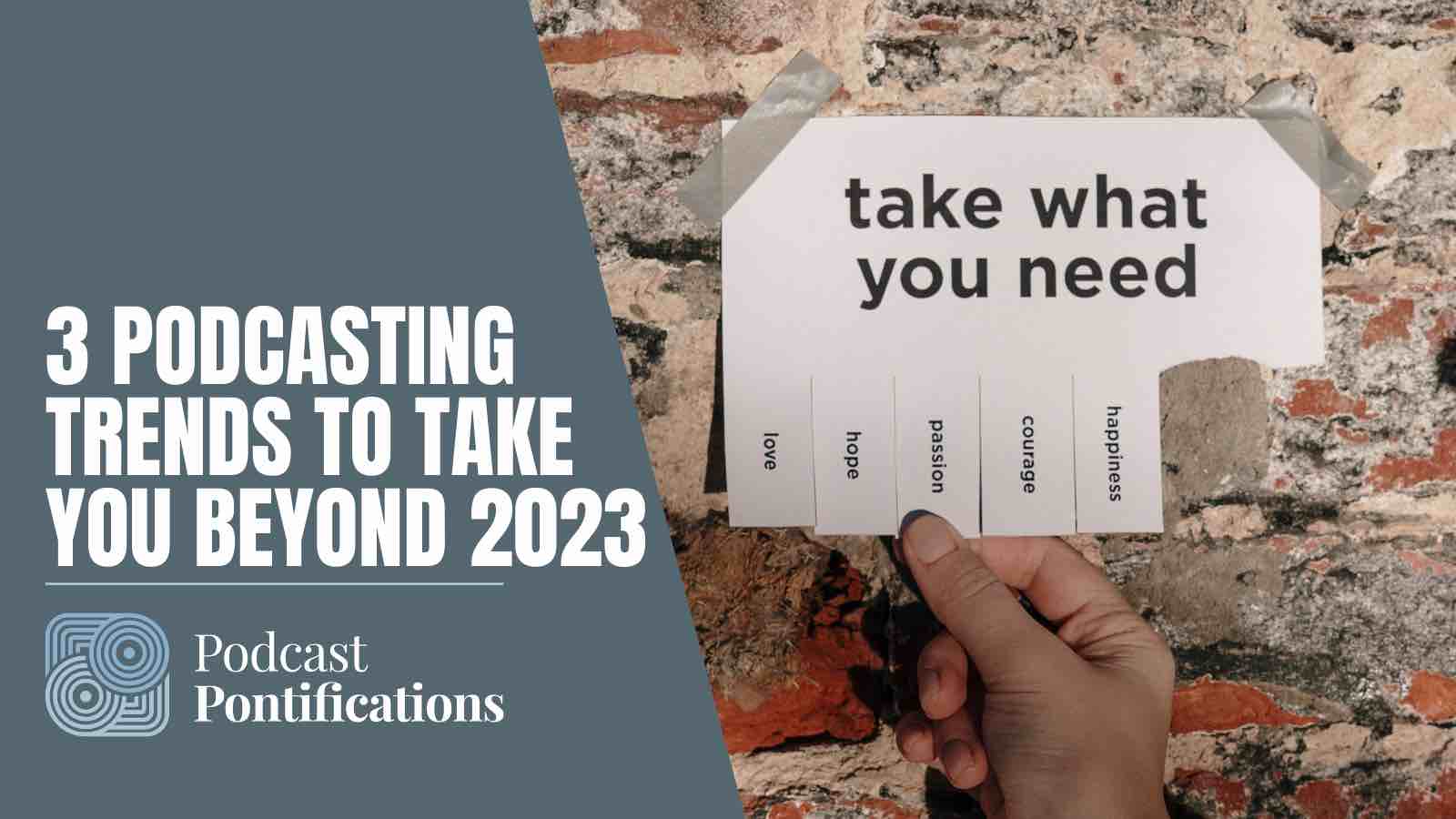 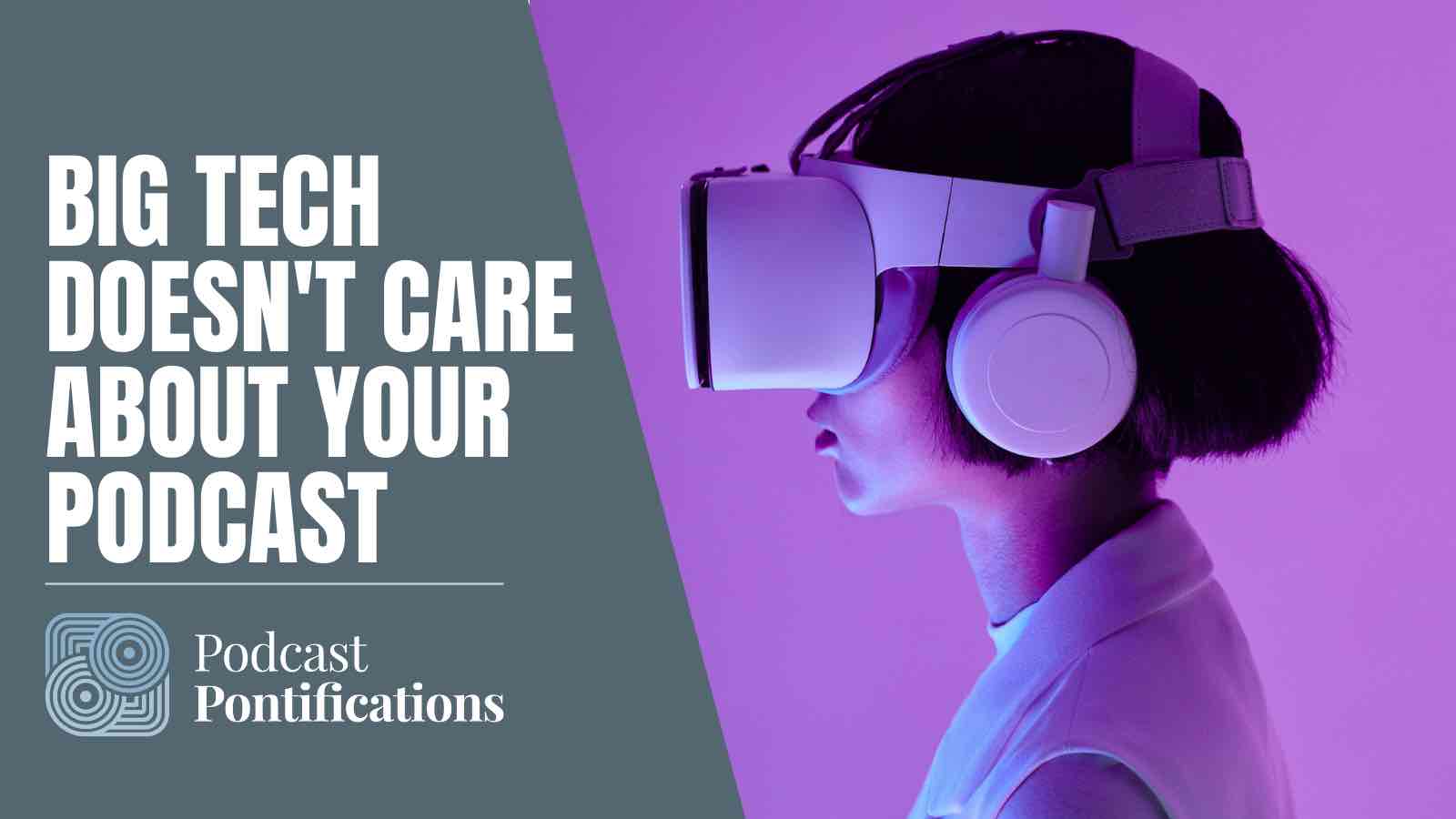 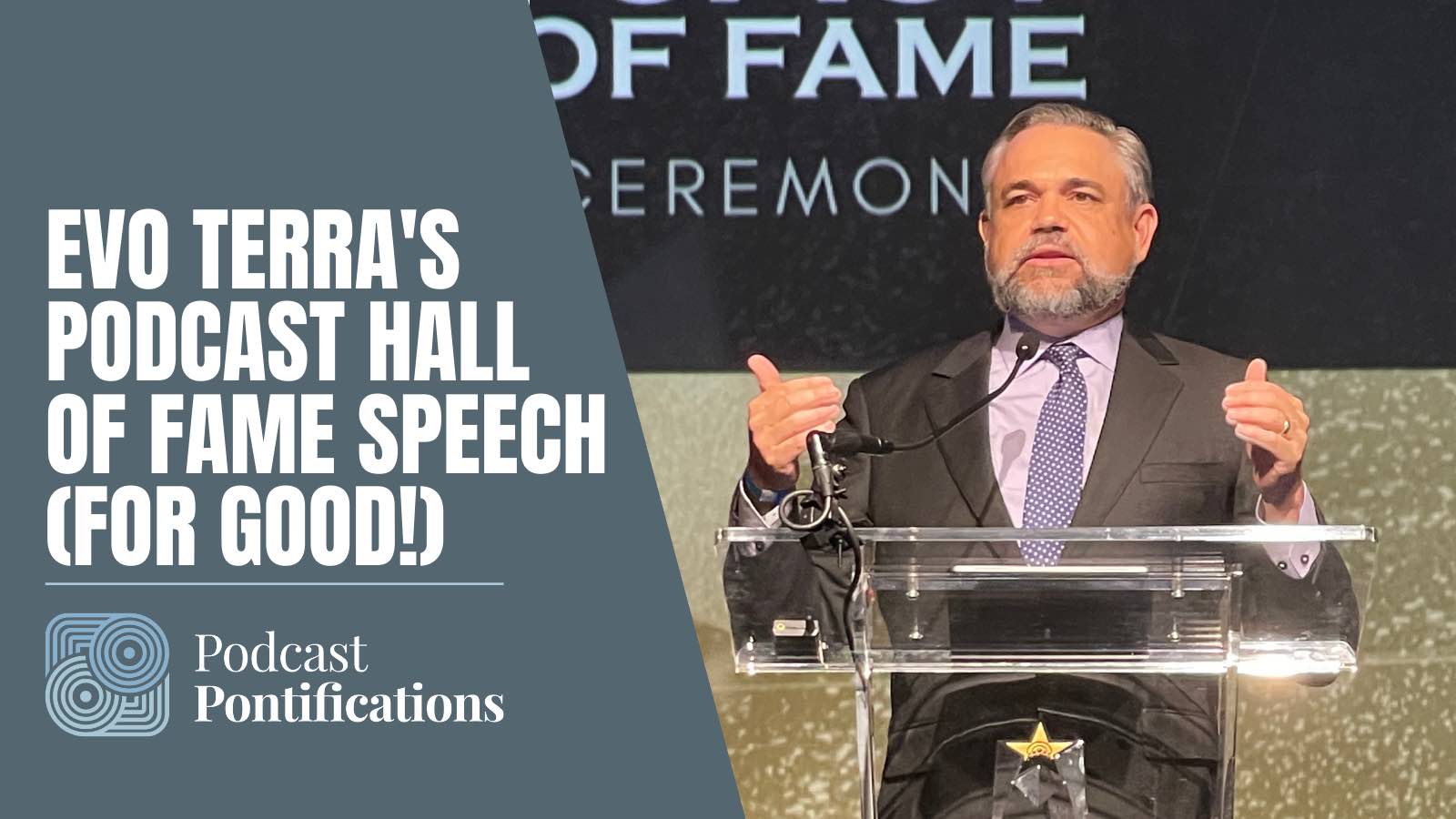