I really hate the catchphrase, “I have a face for radio!” I'm clearly a fan of self-deprecation, but there’s so much assumption wrapped up in that statement that it really irritates me.

Don’t Hate Them Because They Are Not Beautiful

Think about the last movie or TV episode you watched. If you were to make a list of every single actor who had a speaking role or warranted a listing in the IMDB credits, and you were to then rank or rate then by “objective” good looks or attractiveness, you would find that the vast majority of those actors aren't what most of society would consider “beautiful”.

The vast majority of actors you see on the screen have non-standard appearances. Yet they are working actors. They are the people who make the movies you enjoy better.

Steve Buscemi is one of my favorite actors. He has a non-standard appearance and gets leading roles, not bit parts. The same goes for Bill Murray, John C. Riley, and almost every other actor. Would the shows they appear in be better if they instead had classic good looks? No, not at all.

Nota bene: My focus on male actors in the examples above is completely intentional, lest some asshat miss the context. This is not about the validity of my or anyone’s opinion on what makes or does not make another human attractive. That, and I’m a dude.

It Takes More Than A Pretty Face

These professional working actors all share one thing in common, and it has nothing to do with their faces. It’s that they are professional actors who are very, very good at what they do. All of them have worked and continue to work very, very hard on their craft, often spending hours of continual, on-going training to become very good at what they do.

Don’t Use That As Excuse To Be Lazy, Podcaster

You get to decide what “good” means.

The most important thing about a podcaster is not the tone or timbre of their voice: It’s the way they deliver words to the audience.

My friend and fellow podcaster George Hrab has a song that, I feel, perfectly captures this reality. It’s called Blue Genes and is worth a listen. Yes, right now.

And you can always go to BuyMeACoffee.com/EvoTerra to support the wonderful things that come out of my mouth four days a week.

PPS3E23 Podcasting With A Voice That Could Peel Paint - Transcript

Hey podcasters, can we stop with the obsession over? Perfect for radio voices? I mean the majority of working actors have non standard appearances that don't get in the way of their success.

[00:00:17] Hello, and welcome to another podcast. Pontifications with me, Evo, Tara. I really hate the catch phrase. I have a face for radio. Now I'm a fan of self deprecation for sure, but that assumes a lot and they just, all of it irritates me. You know, one of the biggest things people say that stop them from podcasting or cause them to stop podcasting or won't let them start podcasting is their voice.

[00:00:45] They don't think they have the right voice for podcasting. And so I take it back to the actors and actresses that you see on TV every single day. That you see in the movies, if you added up every single actor and we'll just use that blanket term for all of them right now that you have seen on any TV show or movie one episode, and you added them up, the people who had it speaking lines on the program, not the extras, but the people who had speaking lines who are definitely paid actors.

[00:01:20] And you were to rate them by some objective, whatever sense of beauty you would find that the vast majority, like 90 X percent of the people, aren't what we consider a beautiful, they have non standard appearances. The vast majority have non standard appearances. And they're working actors. They make the movies better movies and television shows are not contrary to popular belief, filled with beautiful people.

[00:02:25] I have plenty listed, but as I got to thinking about it, look, someone's going to call me and ask that or someone is going to be an asset and take it out of context. So I'm just going to talk about the dudes since I'm a dude, I don't want somebody assuming the wrong thing about me. Now what these professional actors all have in common who have nonstandard appearances is that they are professional actors.

[00:03:14] We don't always want that. We want regular people with regular voices with all of the weird foibles of voices that we have. That's important that we have that representation for all, all the time. You do not have to have a perfect voice in radio or. Have some sort of classical training to be a podcaster.

[00:04:11] Now, if I have time, I'm going to roll out with a song from a friend of mine, also the Castro George hub, which hopefully illustrates what I'm talking about. But before I do that, two things, one pretty pleased with sugar on it. Tell a friend of yours who has said to you, I don't have the right voice for podcasting.

[00:04:31] Send them this episode, cinemas episode. Maybe it'll convince them. Maybe they do because you and I know that they do have the right voice for podcasting. Their voice is the right voice for podcasting. And if you would like to also please go to buy me a coffee.com/evo, Tara, and support the wonderful things that come out of my mouth to you four days a week.

[00:04:53] That's it except for the rollout I shall be back tomorrow with yet another podcast. Pontifications cheers. 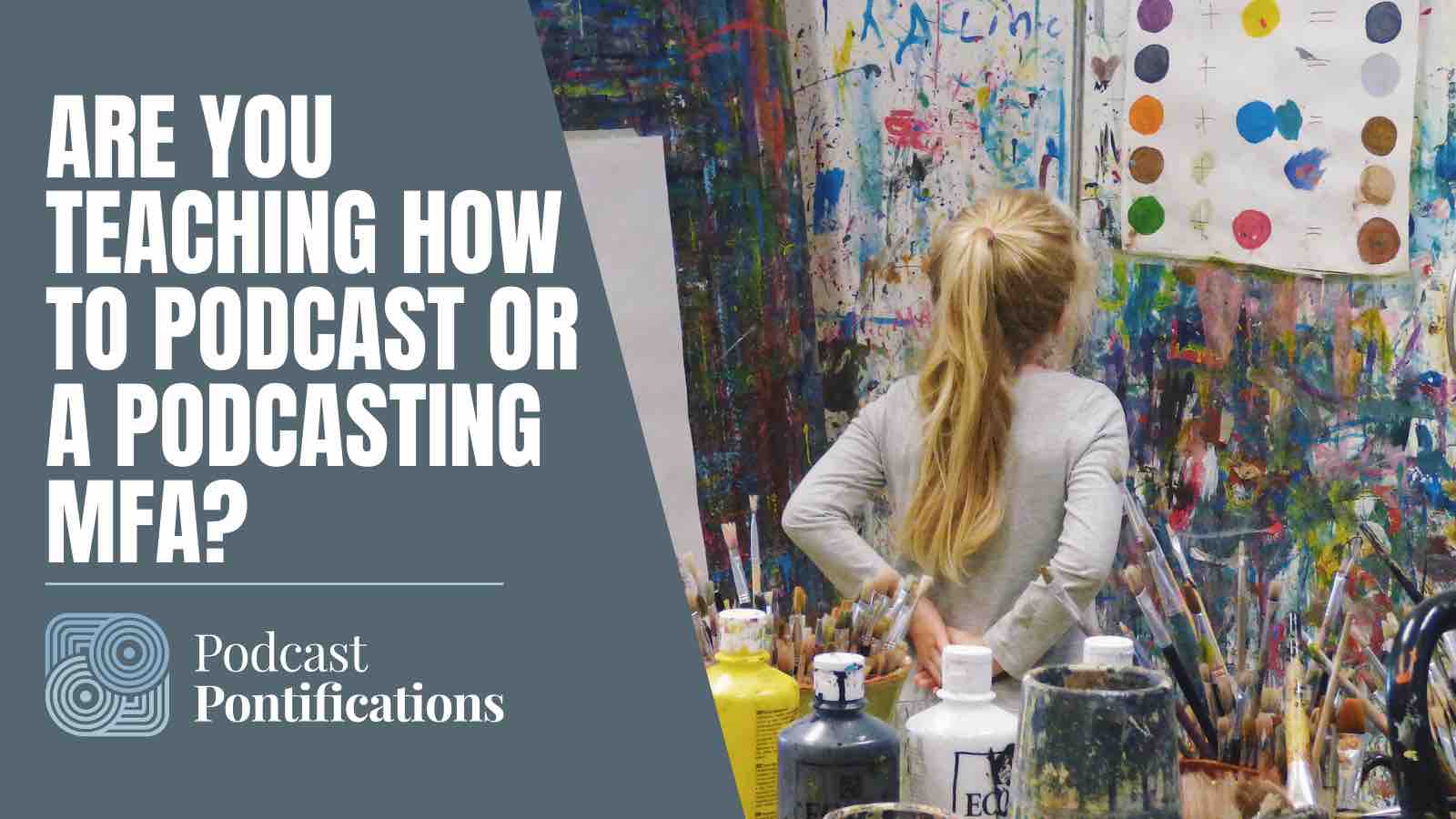 Are You Teaching How To Podcast Or A Podcasting MFA?

As an experienced podcaster, it's only a matter of time before you're called on to teach what you know. But what will you teach? And is it designed to make the next generation of podcasters better? 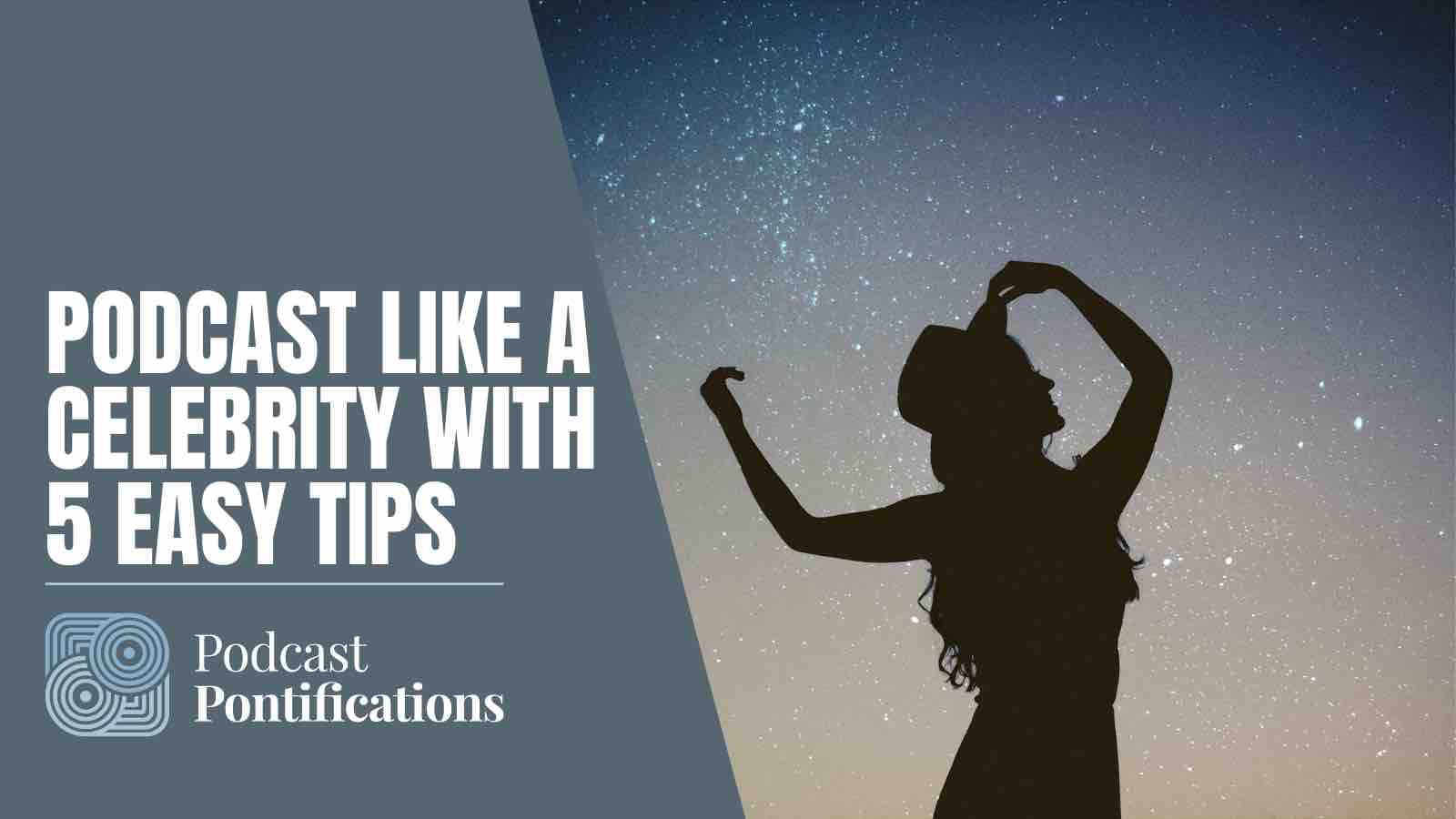 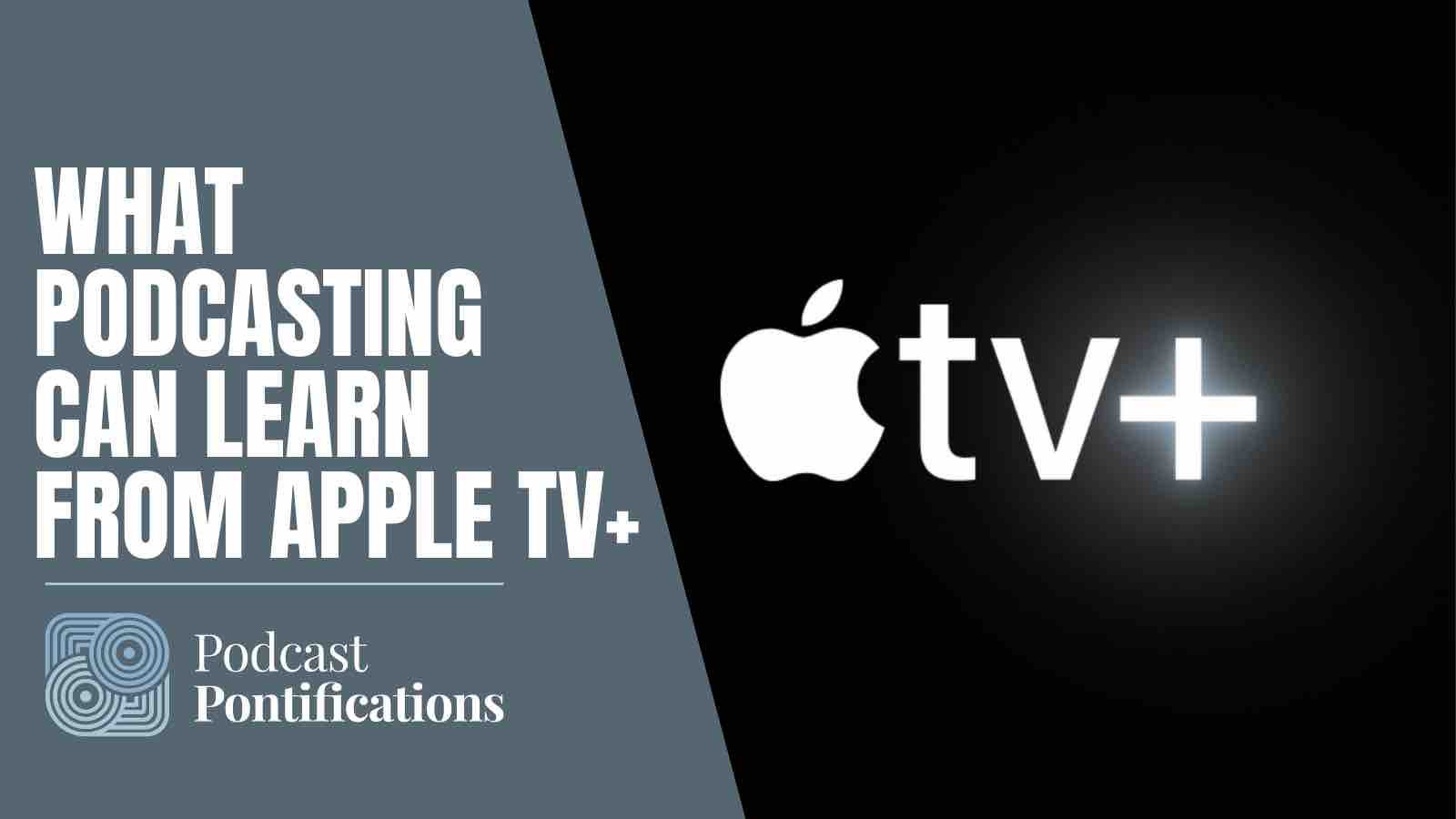